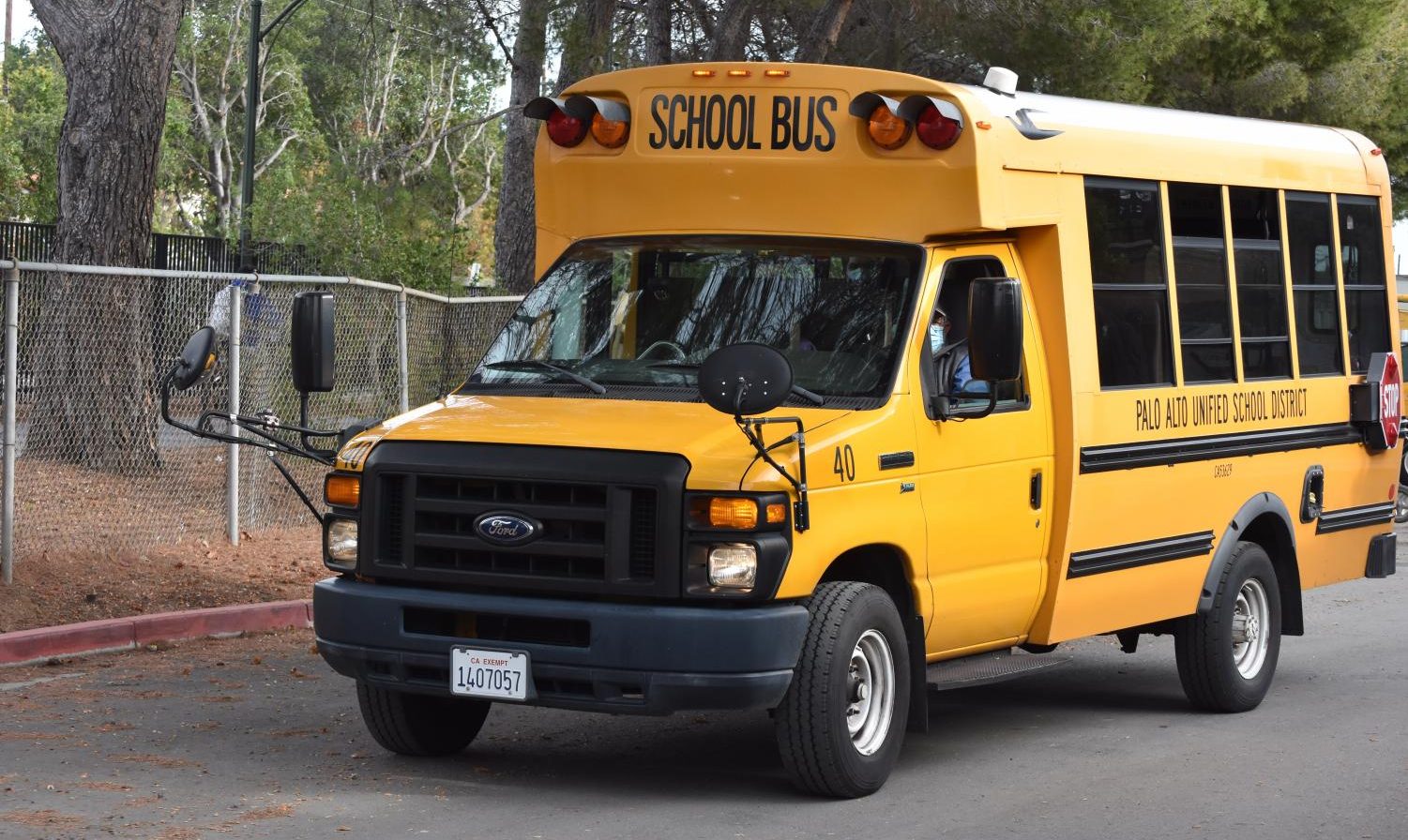 Every morning, hundreds of East Palo Alto students pile on to what can be a 45-minute-long bus ride to Palo Alto Unified School District schools.

Every day, they spend up to an hour and a half unable to do work, as no free Wi-Fi is provided on the buses and many students cannot afford cellular data.

These students are part of the Voluntary Transportation Program, or the Tinsley Program, an initiative that allows minority students from the low-income Ravenswood School District to attend K-12 schools in neighboring districts, including PAUSD.

Many Tinsley Program students take the bus to school, and bus rides for these kids can be long, uncomfortable, and Wi-Fi-less.

Special Education Teacher Chris Geren has spent the past few years pushing to change this, claiming the lack of Internet connection is an equity issue. Geren draws inspiration from other school districts such as Sunnyside, Arizona, which uses school buses to provide free Wi-Fi to students all over the city’s most impoverished areas.

Geren has conducted research, gained support from multiple teachers, and even discussed his proposal with Principal Brent Kline. He expresses confusion as to why his efforts haven’t been met with change, especially since he’s found a program providing Wi-Fi to school buses for only $800 per bus.

Geren said he believes the lack of Internet on the East Palo Alto buses puts transfer students at a disadvantage.

“I don’t want to cast blame on anyone, I just want our students to have Wi-Fi on the bus from EPA.”

Geren has personally witnessed the problems free bus Wi-Fi could fix. He recalls that one of his East Palo Alto students missed a portion of his exam because of a late bus.

“He could have started the test on the bus on the way here,” Geren said. “Instead … he came to school all frazzled — he knew he had biology fifth period, and he knew he had a test, and he could’ve started it.”

Voluntary Transfer Program Coordinator Miguel Fittoria has a different perspective, believing students would likely use the Internet for non-academic purposes, such as streaming movies or browsing social media. Instead, he’s focusing on shortening bus rides.

“Our focus was actually to shorten bus rides instead, because we also don’t want students early in the morning without supervision on wireless provided by us on a bus,” he said. “We don’t really want to pay that money for students to watch movies in the morning.”

Though Geren said he believes firewalls and homework trackers can prevent students from doing anything other than homework on bus Wi-Fi, Fittoria remains doubtful that those precautions would be effective.

“As much as we try, students always find a way,” he said.

“It doesn’t matter how smart they are, how sneaky they are — no students in the past 10 years have managed to get around our firewall,” he said.

Senior Sophia Henderson goes one step further, saying she would advocate for bus Wi-Fi even if students used it for non-homework purposes.

“It might just be a good time after school or before school for students just to be in their own word and it’s that little release between after school, giving yourself a mental break,” she said.

Hotspots are another oft-cited argument against bus WiFi.

Hotspots are essentially portable connectivity devices provided by the school for free to students in need. According to Fittoria, these hotspots replace some of the need for free bus WiFi.

However, Geren attests that the hotspots don’t work well in certain contexts.

“As a teacher that taught through the pandemic, I found that those hotspots weren’t very effective, especially when there’s more than one in one household,” Geren said.

Though Geren still strongly believes in the cause to provide free Wi-Fi to bus riders, he notes being somewhat at a loss as to what to do. At the same time, he doesn’t want to put anyone at fault.

“I don’t want to cast blame on anyone, I just want our students to have Wi-Fi on the bus from EPA,” he said.

Although the district hasn’t implemented free Wi-Fi yet, it is taking other steps toward making the bus rides easier, and Fittoria acknowledges that the current bus rides are difficult.

“We’ll add more routes as possible to try to shorten it even more at the moment,” he said. “So we’re doing everything we can to not make it suck so much.”