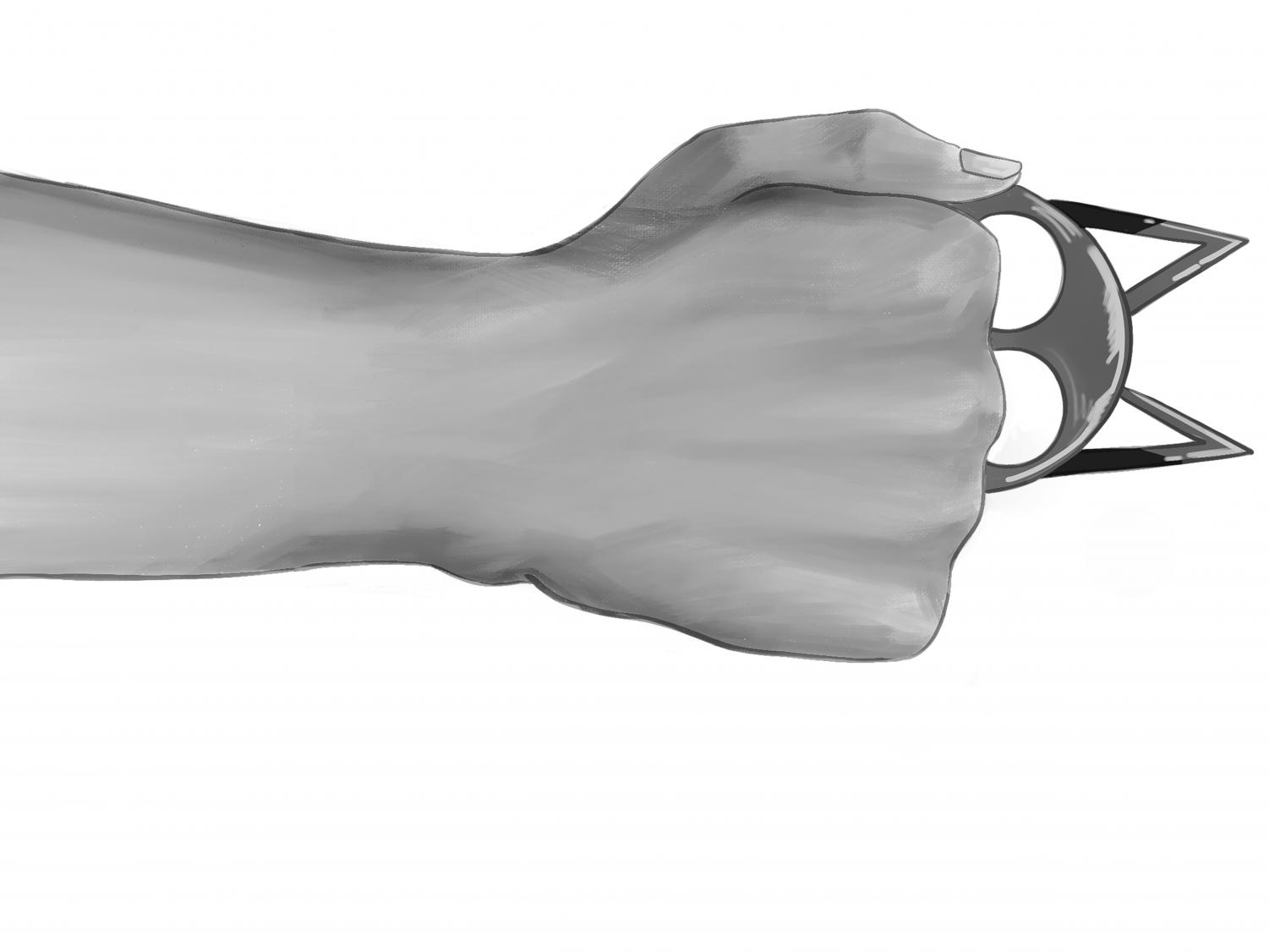 The state of student self-defense

Pepper spray, tasers, and wickedly sharp (but cute) key chains. All are tools of self- defense that are entirely common in the average woman’s purse, but largely inaccessible to the average high school student.

Tasers and pepper spray are both illegal for those under the age of 16 to purchase or own in the state of California without signed parental permission. And those key chains, even if they are shaped like a cute cat head, are more than likely to catch the disapproval of administrators on campus.

So, then, what’s the student to do? Learning basic self-defense would be the logical course of action. This however, is easier said than done.

Due to COVID-19 and previous issues with finding suitable instructors for the course, the current student body at Palo Alto High School has not undergone any school-sponsored self-defense training. Despite plans to reintroduce the unit into physical education classes for freshmen during the second semester, a problem still remains: Seniors will now likely be heading off to college with no self-defense training.

When we first set out to investigate the issue of self-defense classes at Paly, we did so under the impression that there never had been a self-defense unit taught in the physical education program. After a brief conversation with Peter Diepenbrock, a longtime Paly PE teacher and sports coach, those assumptions were quickly dispelled.

“I definitely think that self-defense classes should be taught at Paly,” Diepenbrock said. “In my 25 years here, we’ve done self-defense classes in physical education maybe 20 of those years. We normally did it with freshmen. You know, the last two years, we definitely haven’t done it. And then the year before you were freshmen, we had a guy do it, and we didn’t love the job that he did. We weren’t able to find somebody good for your freshman year.”

When asked if they had known about the previous class offering, these were the responses of several Paly seniors.

“I have never heard of that until three seconds ago,” Willow Schmidt said.

Rohini Bharat added: “I did not know that. I would like for that to happen again.”

Giada Parigi said: “I didn’t know there used to be one.”

When asked if reimplementation was a priority for the PE department, Diepenbrock responded: “Yeah, absolutely. Absolutely. As a department … we think it’s [self-defense] very useful.”

This was reassuring news to hear, to an extent. Upperclassmen, especially seniors, will still be going off into the world or to college without a vital piece of life knowledge.

“I think that as like a young woman, walking home in the dark or something you often kind of get a little nervous,” Parigi said. “It would be great to have a self-defense class. I think that would be really helpful.”

“I do feel a lot more comfortable when I’m …outside by myself just knowing that I can protect myself if I need to.”

Schmidt said: “I definitely would have liked to have that [self-defense] knowledge. … I also don’t think I’ve really needed it. But yeah, it would be nice to have that you know, in my back pocket.”

But is self-defense training actually effective in reducing rates of sexual assault and violence? The answer appears to be yes.

Women who took part in a nine-hour, community based empowerment self-defense course experienced significantly lower rates of sexual assault in the year following the course than women who had not completed the course, according to a study published in 2020 by Jocelyn Hollander and Jeanine Cunningham, professors at the University of Oregon.

The benefits of self-defense training can also go beyond the physical. Senior Victoria Liao, who has previously taken Judo lessons, said that just having the knowledge to defend herself has had a real positive impact.

“I haven’t done Judo or martial arts in a while,” Liao said. “But I still have retained a lot of the skills that I’ve learned, so I do feel a lot more comfortable when I’m …outside by myself just knowing that I can protect myself if I need to.”

It’s heartening to hear that self-defense knowledge can in fact be effective. It also emphasizes just how large of an issue it is that seniors don’t have the opportunity to receive it from our school.

If this potentially life-altering knowledge doesn’t come from school, then another option could be to receive private training at a self defense studio. But at what cost?

Quite a bit, as it turns out. The average cost for a month of self-defense lessons around the Bay Area hovers between $125 and $275.

The solution? Well, that much is uncertain. Something small, such as a self defense club sponsored by a PE teacher doesn’t sound like a bad idea, but the logistical issues of finding and hiring an external instructor to teach at the club seem a bit steep. Not to mention, the question of how Covid-19 restrictions might limit physical contact or activity in an indoor environment such as the wrestling room.

A larger goal to work towards might be the inclusion of a self-defense unit in the required Living Skills course. However, this would surely take longer than a year to implement, therefore missing this year’s class of seniors. As a long-term goal, however, it should be pursued.

The solution most conducive to the current climate would likely be online self-defense courses students could participate in at home. If the school covered the costs for students who wished to receive self-defense training, it would allow seniors and those in other grades to at least gain a basic understanding of valuable self-defense techniques.