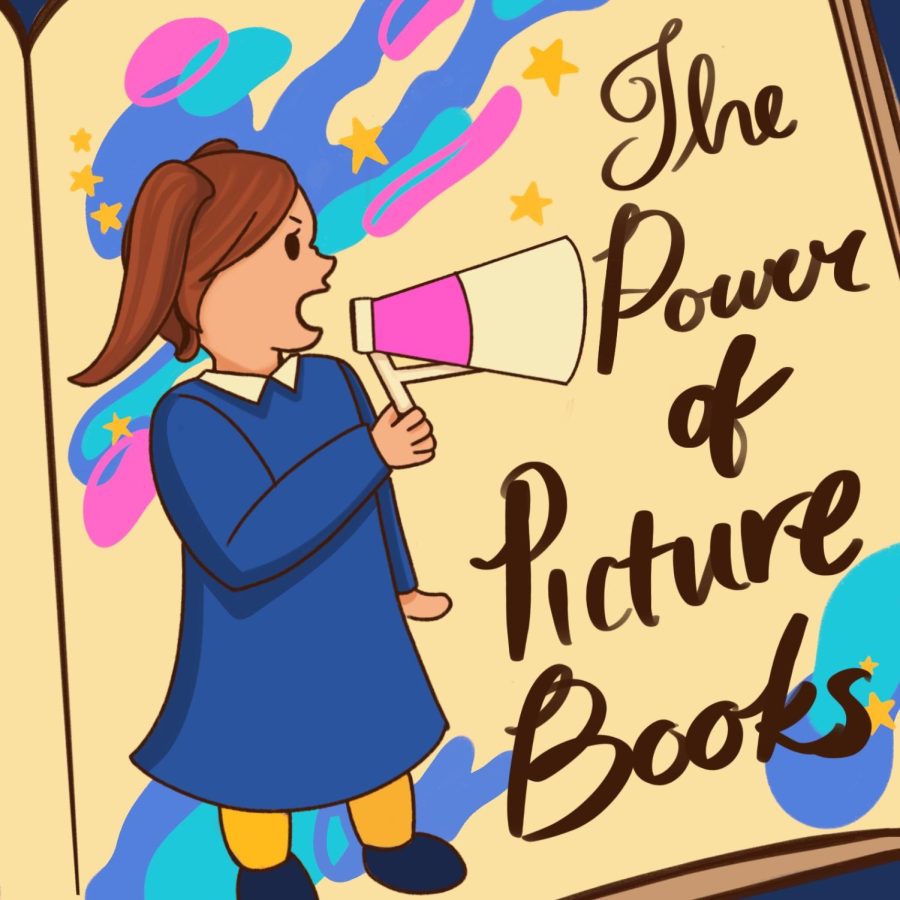 The reading circle. It’s a time-honored tradition that has been practiced for generations in elementary schools across the country. Every day, thousands of young students gather to sit criss-cross apple-sauce in the quiet of their school library to hear a story read aloud.

Today, the reading circle has become a kind of battleground. As the children’s books read during this time become increasingly progressive, focusing on lessons and stories about diversity and inclusion, pushback to these books from conservative members of the American public have increased apace.

With children’s books discussing the ideas of modern social activism being increasingly awarded and increasingly challenged by the public, I decided to sit down with Jennifer Ford, the librarian at Walter Hays Elementary School, to discuss her thoughts on the importance of such themes being addressed within children’s literature.

Though she’s always read books to her students, Ford says she has begun to focus more on themes such as voting rights, activism, and racial inequality in recent years.

“Even [in] my own work for myself, [I’ve been] learning about race and what that means in society and being not a person of color and what privileges I have and what responsibilities I have as well.”

Ford says that picture books are a particularly powerful tool for communicating themes of social activism because of their accessibility for young readers.

“I feel like picture books provide us an avenue into talking about potentially difficult situations, and they make them really relatable and understandable for students,” Ford said. “They can say, ‘Oh, I see this character, this is what’s happening, I can connect with that,’ rather than an adult just spewing things at them that they may not understand.”

One of the highest awards in children’s literature, the Caldecott awards, seems to be in agreement with Ford on this front. This year, the major winners of of the award overwhelmingly dealt with themes of social activism.

“I feel like picture books provide us an avenue into talking about potentially difficult situations, and they make them really relatable and understandable for students” ”

The winner of the Caldecott Medal, “We Are the Water Protectors” by Carole Lindstrom and Michaela Goade tells the story of a group of Native Americans as they strive to protect their land and their water from the advancement of a pipeline, depicted in the book as a snake.

However, simultaneously, according to NBC News, 100 of the 1,250 school districts in Texas each received more than 75 requests from the community to ban books from their libraries within the first four months of this school year. For reference, just one challenge was filed in those districts within that time period last year.

Ford says the opposite is actually occurring in Palo Alto.

“I have actually never ever had a parent say anything negative about the books that I read to students, if anything they’re very positive and very responsive,” Ford said. “The kind of book bannings and challenges that are happening in the rest of the US are not happening here, thank goodness.”

Ford also says that young students in Palo Alto, despite being a generally diverse and well-educated city, can still benefit greatly from having stories dealing with activist themes read to them.

“As residents of Palo Alto, many of our students do benefit from having well-educated parents,” Ford said. “But what students discuss at home with parents or learn from parents varies widely. So it’s really important that at school, it’s an equal playing field for everyone, and we talk about these issues with everyone. “

In addition to in-class reading time, Ford and the other Palo Alto Unified School District elementary librarians have also set up ways to encourage parents to discuss activist issues with their children at home.

“Last year the district put out a 21-day equity challenge where you did things for 21 days and there were video links and books you could read and TED talks you could watch,” Ford said. “And so the elementary libraries said, ‘Hey, we really want to do something so that our students can participate in this.’ So we came up with seven questions about race and culture that parents could ask every day, with picture books that went with those questions.”

“It’s important to just keep talking about these issues because the more we talk about it, the more understanding we will be of our differences and hopefully be less divisive and more cohesive.” ”

These equity challenges are set to continue this year and into the future. To Ford, continuing to have these books read is more important, and in many ways easier, than ever before.

“It’s a conversation that needs to continue to happen,” Ford said. “You can never read too much…There are so many more books now that are being written by authors — authors of color — to put those issues out there, and it’s really good to see. It’s important to just keep talking about these issues because the more we talk about it, the more understanding we will be of our differences and hopefully be less divisive and more cohesive.”

“‘The Undefeated’ by Kwame Alexander, who is a phenomenal African American author. It is a story about the resilience and the perseverance of African Americans. It has beautiful illustrations, and it won a Newberry and a Caldecott in the same year, and there are only three books in history which have ever done that.”

“‘Sharice’s Big Voice: A Native Kid Becomes a Congresswoman’ by Sharice Davids, Nancy K Mays, and Pawis Steckley. This is a story about a Native American woman, who is also a part of the LGBTQ community, who becomes a congresswoman. Because it combines those themes, It really is a great book to read to students.”

“‘Just Ask! Be Brave, Be Different, Be You’ by Sonia Sotomayor, who is a Supreme Court justice. It’s a fabulous book about just being yourself and thinking about what’s great about being you, and I think it speaks to all students so it’s a great book for them to see.”