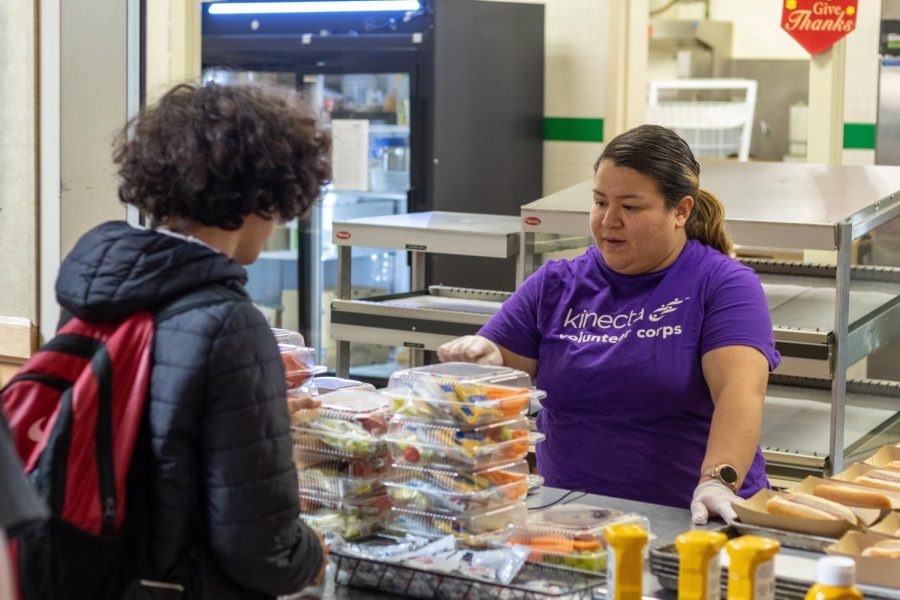 One year in, how have vegan meals changed?

In April, PAUSD piloted plant-based and vegan meals in response to a petition, led by students including Palo Alto High School senior Morgan Greenlaw. About 7% of meals served last year were vegan, according to PAUSD Food Services Director Alva Spence.

“We typically prepare 30 entrees and will serve the majority of them,” Spence said. “The main base of students that eat with us are meat eaters.”

Greenlaw detailed her experience at the Nutrition Services sampling event in October.

“They [the event] had samples of all the new meals that they’re considering bringing in this school year,” she said. “And so there were around like 11-ish new meals and like half of them were either vegetarian or vegan.”

Although new meals are being introduced, these meals add to the workload for the food staff, requiring more time and effort.

“Student Nutrition Services has added more scratch cooked entrees vegan, vegetarian and meat this year,” Spence said. “These meals do require more time to prepare as we are utilizing fresh products/produce and have to combine them before service time to keep the product quality as fresh as possible.”

Greenlaw said the plant-based meals have been well-received with the student body.

“I’ve tried several myself and I’ve really enjoyed them,” she said. “And I’ve also talked to a lot of people who are pretty plant-based and also have a very flexible diet and they have all said that they really like how fresh and healthy the plant based options are.”

Greenlaw said the plant-based meals are beneficial for many reasons.

“The reason that I went vegan was for animal rights, but the reason that we decided to push for this [plant-based and vegan meals] was for sort of all of the above combined,” she said. “Everything: the environment, animals, human health, and people’s well-being.”