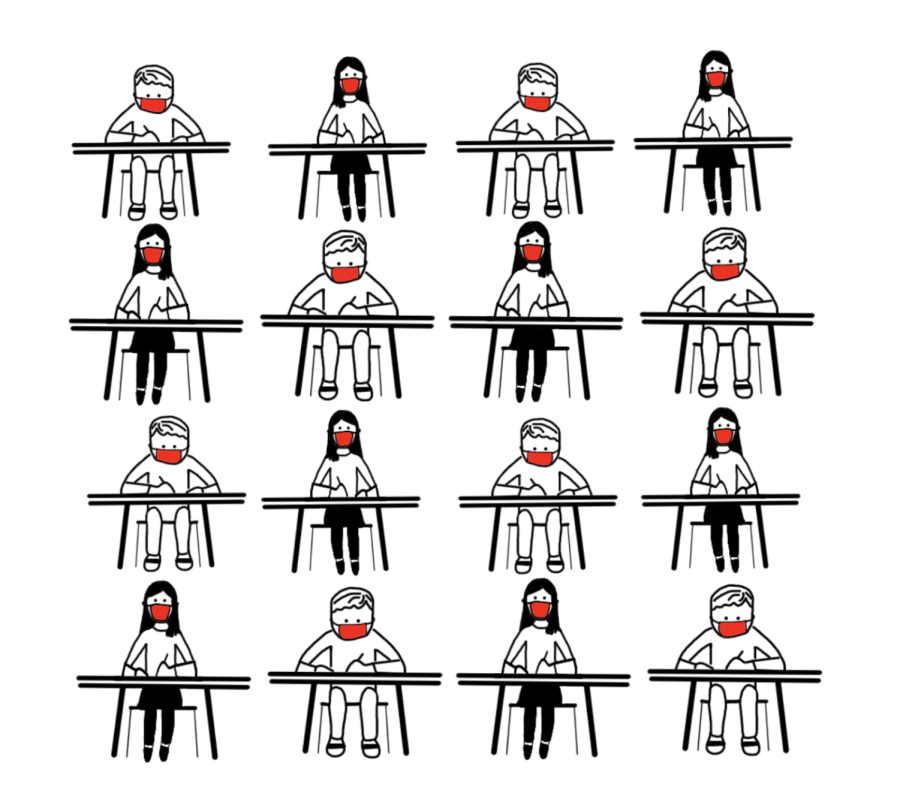 OPINION: The stress of returning to omicron

How Paly should have handled the January reopening

Masks up! Considering that omicron cases were exploding and Winter Break was just around the corner, I knew that returning on Jan. 5 would have negative consequences.

By bringing together people who had traveled all over the world for two weeks, the Palo Alto Unified School District blindly put student and staff health at risk.

There was a dramatic spike in COVID-19 cases around Christmas, according to a graph from the Santa Clara Public Health Department proving that the increased accounts of socialization during the holidays ensured a rise in omicron cases.

Despite the value of in-person learning, PAUSD should have gone remote for at least an additional week after winter break in an effort to avoid an outbreak and be more organized.

Instead, classes resumed as normal and it seemed like the school disregarded the rise of COVID cases, which rose to just over five thousand cases in Santa Clara County which worried me.

Despite the value of in-person learning, PAUSD should have gone remote for at least an additional week after winter break in an effort to avoid an outbreak and be more organized. ”

Within PAUSD, students received their at-home testing kits a little while after the reopening, but it would have been more useful if they had been handed out days before school restarted, because that would’ve allowed time for the school to mandate all students to be tested either by those at-home testing kits or at a local testing facility. The school would have had more control over the situation by keeping track of exactly which students are to quarantine.

And I also understand that resuming online school after the break would not have been the easiest decision given the many people against the idea from the past protests against distanced learning.

But in the interest of public health, PAUSD and Santa Clara County should have shown more interest in it.

Also, the school’s efforts to provide all students with better masks from President Biden’s supply of 400 million N95 masks became useless as Paly students didn’t receive them until an entire month later when the spike had largely subsided.

These N95 masks, considered the most effective particle filtering masks, could have been an asset to controlling the spread of the virus upon the first few days of in-person learning.

However, students were left to find better quality masks on their own. But N95s were not only harder to find, they were also more expensive.

My hope for the future is that PAUSD won’t be afraid to take action early on next time an issue like this arises. Being more organized and thoughtful will have a positive impact on the future and will help communities overcome not just COVID-19, but other future obstacles.