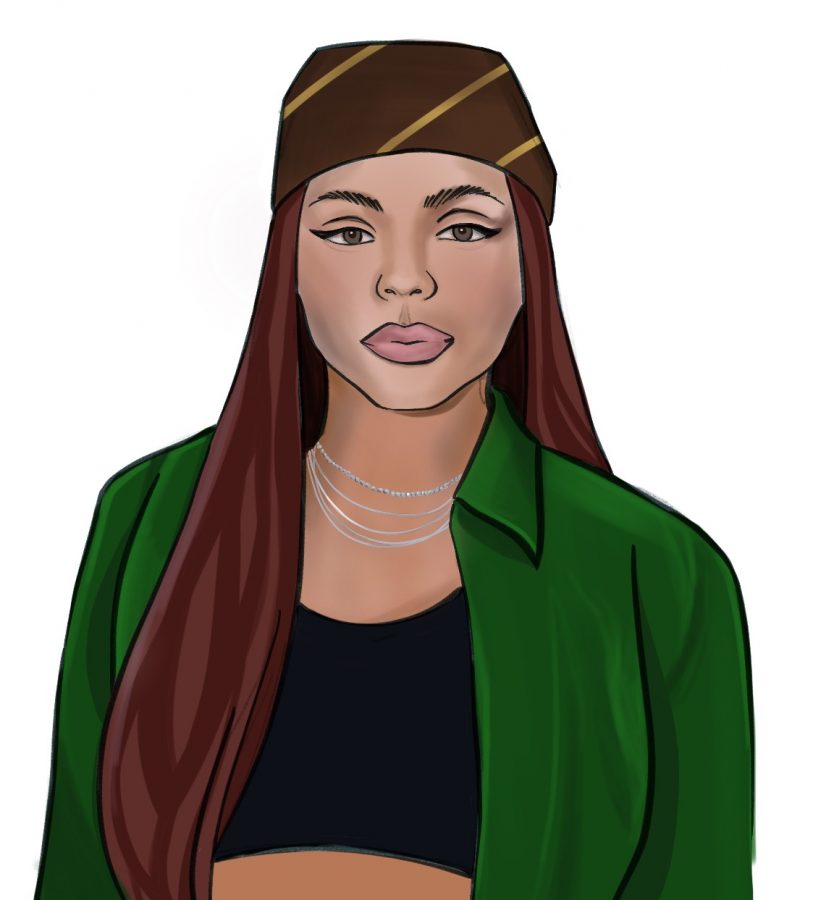 When Jesy Nelson announced her debut music video after leaving the iconic girl group Little Mix, I was ecstatic. I counted down the days until its release, and it was all I talked about for weeks. But when I saw the video for the first time, I was appalled.

Nelson is just the latest culprit of Blackfishing, or making yourself physically appear Black or ethnically ambiguous.

Nelson has artificially darkened her skin, used lip fillers, and appropriated “Black aesthetics” such as durags and gold teeth in recent years. Although she claims to have no bad intentions, her recent music video has faced harsh backlash. However, Nelson is far from the first Blackfishing celebrity.

The Kardashians are a prime example of Blackfishing, which is a facet of cultural appropriation. For instance, all of the Kardashians have been accused of artificially tanning their skin to appear darker, and Kim Kardashian and Kylie Jenner have been criticized for wearing their hair in cornrows, a traditionally Black hairstyle.

Since then, many other celebrities have faced similar accusations. Rita Ora, Ariana Grande and Iggy Azalea are just a few.

The reasons for Blackfishing are not completely clear, but various reasons have been suggested. LaToya Gaines, a New York-based psychologist, is quoted in an article on Health.com, which is an American magazine centering around women’s health, saying that insecurities about appearances are likely a reason for trying to appear Black.

Gaines told Health.com, “There possibly wasn’t a lot of celebration about what was natural to her family and culture, which probably opened the door for her to adopt [Blackness].”

The same Health article brings up that the fetishization of Black culture,  reducing the culture to simple traits, or envying the success of Black people might contribute to the desire to Blackfish.

Many are outraged at this “trend” because Black people face discrimination based on the very traits that white celebrities are exploiting for profit. For example, DeAndre Arnold, a 2020 graduate of Barbers Hill High School in Texas, wasn’t allowed to walk in his graduation ceremony without cutting off his dreadlocks, according to CNN. Meanwhile, when Kim Kardashian braided her hair in cornrows and referred to them as “Bo Derek braids,” referencing the white actress’s braids in the movie “10,” she was praised for her beauty.

“These women have the luxury of selecting which aspects they want to emulate without fully dealing with the consequences of Blackness.”

Junior Johannah Seah said, “After years of degrading Black people and Black women specifically, how is it fair to take those same features and profit/benefit off of it?”

Wanna Thompson, the journalist who coined the term “Blackfishing” on Twitter, said that the main problem with Blackfishing is that the white women can selectively choose features to imitate while ignoring others.

Thompson wrote in an article for Paper Mag, “What makes this ‘phenomenon’ [Blackfishing] alarming is that these women have the luxury of selecting which aspects they want to emulate without fully dealing with the consequences of Blackness.”

Johnsson said, “Not even 50 years ago were Black people being killed and abused for the color of their skin and so now that there are white people trying to look like us, [it] makes it seem as if the tables have turned but then next week you’ll hear about a white officer shooting a Black man.”

Some celebrities, like Nelson, say that they are just trying to emulate the music and cultures they are inspired by. However, Mikki Kendall, author of “Hood Feminism,” wrote in an article for The Guardian that Nelson’s excuse of wanting to appreciate and pay homage to the hip-hop music she grew up with is not good enough.

Kendall said, “The problem with these excuses is that artists confuse Black American hyper-visibility with power, assuming that the cultural influence of Black music reflects a level of access and protection for Black people that does not actually exist in the US, the UK or anywhere else.”

Although Blackfishing is mostly talked about in larger settings than high schools, some Palo Alto High School students have observed it at Paly as well.

Fiorella Garcia-Rojas, a Latina Middle College student from Paly said, “The way I view it is as if a Caucasian person were to get a tan and dress Latino as an aesthetic and allow others to refer to them as ‘Latino.’ I see a lot [of] this happen at Paly, where white girls get fake tans, and to an extent it’s okay. But looking as if you ‘changed’ your race isn’t [okay]. It’s completely offensive.”

Other aspects of Black culture are also frequently taken by non-Black people in order to seem “trendy.” For instance, Paly students incorporate many phrases from African American Vernacular English, or AAVE, into their vocabulary. AAVE is the dialect of English commonly associated with Black culture, and many “slang” words have stemmed from it, such as “bae” or “no cap.”

Senior Nisha Mata said, “I think that this is incredibly disrespectful since there are actual people that talk like that [use AAVE]. Making fun of it, or other people who talk like that, just goes back to the severe segregation and racism that has occurred in the US.”

She said, “Specifically with dudes, there are some who think passing as ‘Black’ is an aesthetic and start using it as an excuse to say the n-word because they have a ‘pass.’ It’s absolutely disgusting.”

Because I’m not Black myself, I can’t personally attest to the harm that displays of cultural appropriation like this might cause a community, and I do not want to speak over any Black people. However, it’s clear that blatantly making yourself look like someone who has faced centuries of discrimination because it’s profitable is unacceptable.

As a former die-hard fan of Nelson, learning about the potential dangers of Blackfishing was eye-opening and disappointing. To me, her behavior seems inexcusable. To Nelson and others set on co-opting aspects of other cultures: It’s time to stop.