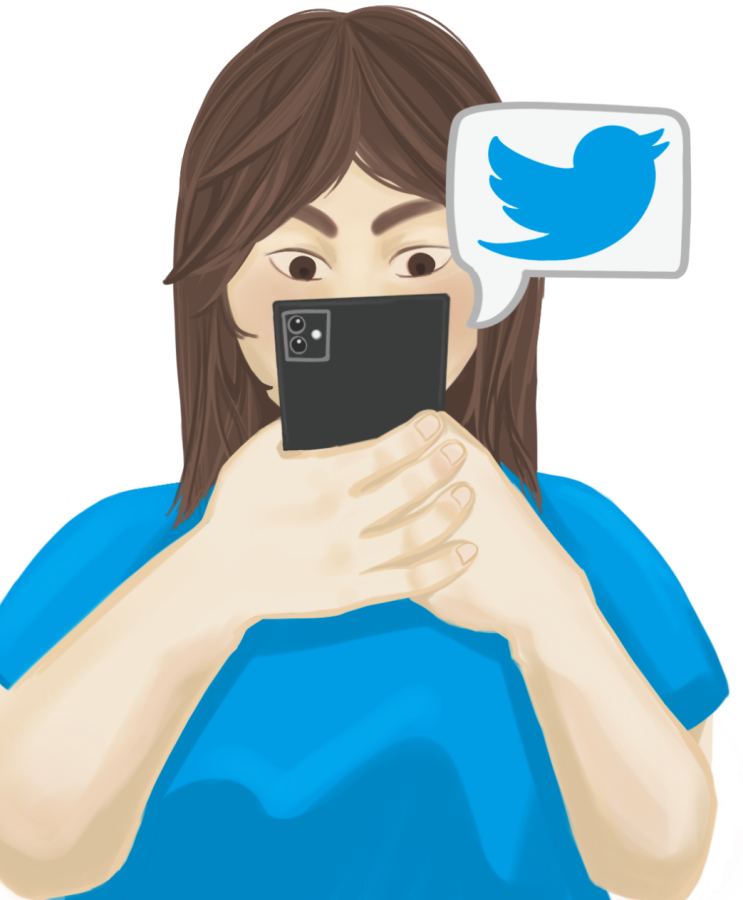 OPINION: It’s not about us

How do you impact a war going on across the world?

The past few years have had no shortage of national and global disasters, and it makes perfect sense that we feel somewhat lost in how to help out with a war going on across the world.

A lot of people have turned to social media as a way to advocate against Russia’s invasion in Ukraine. However, this comes with a major downside: the cycle of performative activism. Performative activists tend to prioritize how their advocacy makes them look over the actual change they effect.

A combination of these “activists” and social media’s fleeting attention span leads to the short life-cycle of performative activism. Conversation sparks. People are shamed for not talking about it 24/7. And the conversation dies in two days.

This cycle often seems like an inevitable outcome of online “activism.” No matter how many likes or shares an issue can generate, in the end no long-lasting change is made.

So, then, how do you make a difference in the Russo-Ukrainian war? How do you effectively be a social media activist? Is that even a possibility?

This cycle often seems like an inevitable outcome of online “activism.” No matter how many likes or shares an issue can generate, in the end no long-lasting change is made. ”

Authors, advocates, and academics range widely in their opinion of how effective social media can be as a tool for change. Bradley Allsop writes in “Social Psychology Review,” an academic journal publishing articles about the social sciences, about the different perspectives on social media activism. He divides these viewpoints into three categories: “slacktivism,” “paradigm shifters,” and “facilitators.”

How do you effect change? It depends which viewpoint you subscribe to.

“‘Slacktivism’ combines the words ‘slacker’ and ‘activism’ to create an epithet that suggests that online political actions that require relatively little time or commitment often act to supplant, rather than supplement, physical, ‘real world’ activism, have little political impact and only really serve the egotistical needs of those participating in them,” writes Allsop.

People who believe slacktivism dominates social media subscribe to the viewpoint that all social media activism is inherently performative.

No matter how well-intentioned, the slacktivist would always use social media activism in a self-serving, ineffective way.

Someone who thinks all online activism is slacktivism would then say that the best way to help out Ukraine is to organize large-scale demonstrations, to petition the government directly, to fly out and provide humanitarian aid.

Digital presence, to them, makes no impact, especially in the scope of something like a war.

On the opposite end, the paradigm shifter would state that the role of society in politics is structurally changing due to social media, shifting the power balance between government and its citizens.

To them, social media activism enables us to create far greater change in the Russo-Ukrainian war than non-digital activism.

In their vision, we can create radical and revolutionary change through social media. We would need to think big, to put together a massive movement, to voice our opinions.

The reality is that your singular post will not make a monumental difference. That’s the helplessness of war. There’s not an incredible amount that we can do about it. ”

What I believe is most realistic is the facilitator viewpoint, the perspective that our voices online can make a difference by enhancing the in-person efforts of people across the globe.

This sort of activism would need to be motivated by a genuine will to help others, rather than a desire to be seen as a good person.

If you want to make change because you care, take great effort to avoid the pitfall of becoming a performative activist, and put in consistent effort.

The reality is that your singular post will not make a monumental difference. That’s the helplessness of war. There’s not an incredible amount that we can do about it.

A facilitator would encourage you to try anyway.