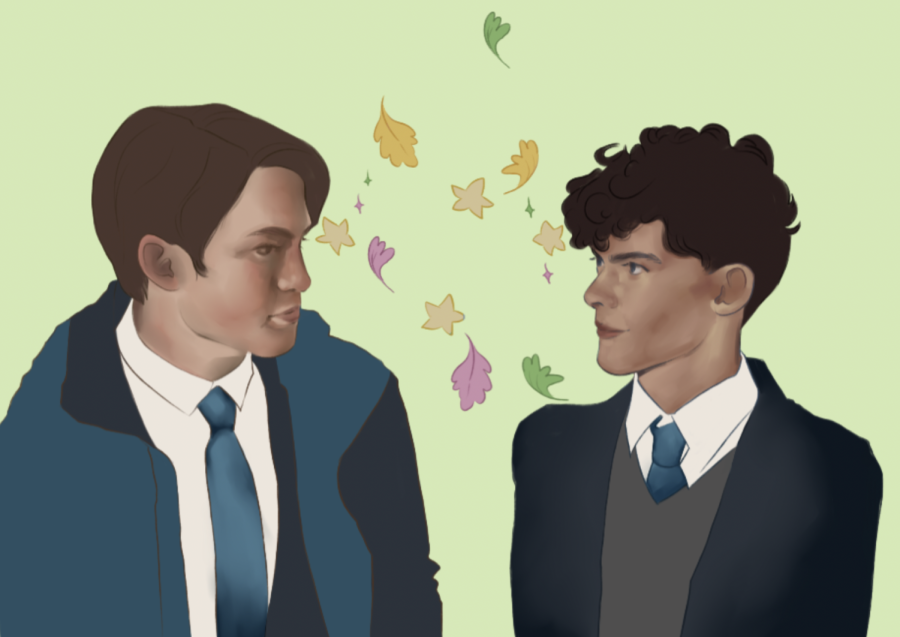 Why you should watch the heartwarming new Netflix show

“Heartstopper,” is a teen drama inspired by Alice Oseman’s graphic novel series of the same name which portrays the high school experience from multiple perspectives of the LGBTQ community.

The show premiered on Netflix on April 22 and has been received well by all audiences, earning a nine out of 10 rating on IMDB.

The story follows Charlie Spring (Joe Locke) as he falls for popular jock Nick Nelson (Kit Connor). It depicts the struggles Spring faces as an openly gay student, as well as the contrasting experience of Nelson who is coming to terms with his bisexuality.

The addition of multiple side stories provided representation for other parts of the LGBTQ community and enhanced the story. The narrative of Tara Jones (Corinna Brown) and Darcy Olsen (Kizzy Edgell), a lesbian couple struggling with the social implications of coming out, gives the viewers a gripping and realistic look into what it means to be out as a female in high school. The girls showed progression from friends to lovers as they slowly come out to their close friends. One of their best scenes as a couple was dancing together at a party covered in rainbow confetti, unafraid of judgment, showing acceptance of their sexuality from themselves and others.

“Heartstopper” leaves the viewer with a warm feeling, with each romantic moment being coupled with special effects that intensified each scene.”

Spring’s close friends, Elle Argent (Yasmin Finney) and Tao Xu (William Gao), also had their own plot. Elle is a Black transgender woman, who gets closer with Tao as the episodes progress. Their relationship not only provided representation for both the transgender and Black communities, but also reaffirmed that a straight man liking a transgender woman does not change his sexuality, sending a significant message that transgender women are women.

The show broached topics such as sexual assault, bullying, coming out, and homophobia in a way that was sensitive while providing insight into the issues. In the first few episodes, Spring is sexually assaulted by his ex-boyfriend after telling him that he doesn’t want to be together anymore. Serious scenes like this are done remarkably well and were shot in a way that didn’t glamorize the topic, but still provided space for a sentimental and romantic feeling as the love stories unfolded.

“Heartstopper” leaves the viewer with a warm feeling, with each romantic moment being coupled with special effects that intensified each scene. When little animated sparks would fly when couples touched or stars would sparkle when they looked at each other, it made the moment all the more magical.

It truly is a must-watch that is great for people who love romantic, drama-filled, and inclusive shows. “Heartstopper” provides great insight into the struggles of queer youth and is undoubtedly a staple in the TV-show industry this year.