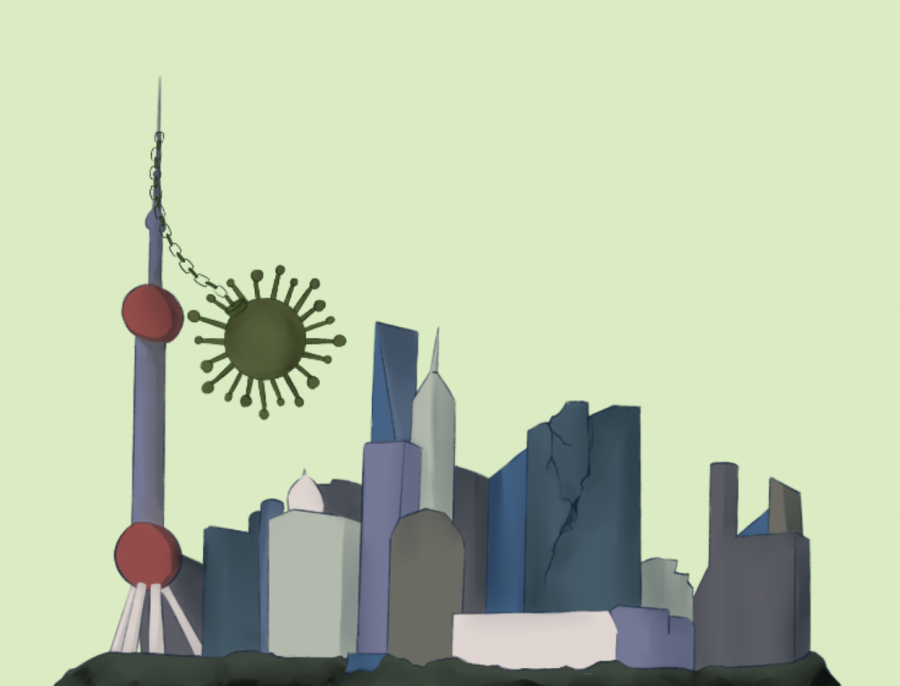 Reflections on COVID-19 restrictions on my family

“Don’t you see how China is better these days?” my dad would say, citing high-speed rail, ultra-efficient shipping and low crime over our biweekly video calls over WeChat, the Chinese social networking app. It’d be late at night for me, but in the morning bright and early for him.

I’d concede, and say “Yes, well, China is far more technologically advanced. But what about the obvious things: Uyghur genocide, or constant censorship, or the social tracking system?”

Then it’d be his turn to concede. Such was the refrain, week after week as we tried to stay connected over the last seven years apart. He worked in China, between capital city Beijing and sparkling metropolis Shanghai. Sometimes he’d mention something new, like river cleanup.

But at one point, sometime around early 2020, the refrain evolved. Initially, I worried about how COVID-19 might infect my dad, how the disease could wreak havoc on my halcyon life. Our debates on the governing systems of my adopted nation and our shared homeland began to shift.

I found myself admiring how China was able to save so many from the ravages of the virus. Did I know about the damaging suppression of free voices? Yes, but those were the costs of having a unified autocratic government, one that actually had the power and will to control the virus.

Could the U.S. government ever be able to get even half the country to do one thing? To pop our little bubble of self-interest and care about those with comorbidities around us? Apparently not.

As the virus played out, it was my Dad’s turn to worry about me. Our family on this side of the Pacific. And it’s largely stayed that way. Maybe faded somewhat, as COVID-19 turned out to be less dangerous than expected.

Then COVID-19 inexplicably tore back through China.

But everything seems so distant when it’s not affecting you. People might be starving, but they’re not your people.

Then it got real for me. My dad narrowly escaped Shanghai a few days before it locked down, where millions couldn’t find food yet food rotted in stores, in an effort to prevent a coronavirus that may have filled fewer coffins than despair and restrictions are.

Millions couldn’t find food yet food rotted in stores, in an effort to prevent a coronavirus that may have filled fewer coffins than despair and restrictions are. ”

I breathed a sigh of relief, believing my dad was safe in Beijing, excited for him to finally move home (bearing gifts from Taobao, a Chinese Amazon).

But this brief brush with disaster prompted a thought: Why wasn’t this covered? Why wasn’t this front page news? It was probably even in the American national interest to expose China’s shortcomings in the superpowers’ struggle for global dominance. Yet COVID-19-in-China stories rated below the Ethicist on the New York Times website (a month in, a bigger feature story finally arrived).

But still, that was only a vague sense of unease, easily forgotten as finals and AP tests crept closer.

But COVID-19’s claws advanced on Beijing, the city of my childhood, where my dad escaped to and where my grandparents live. My grandparents were scheduled to move into their nursing home, where they’d be assured of food and safety, but what if the city had locked down before they could? What happens if they were out in the cold, a casualty of zero-COVID-19 policy? What if my dad wasn’t able to get to the airport as the city locked down, stuck at home with an empty fridge in anticipation of leaving? What if he got sick, and got sent to a quarantine camp?

This isn’t the American kind of pseudo-lockdown, where we can go to the grocery store, grab Starbucks, even drive out of state, with masks loosely enforced and socialization frowned upon but still widespread. While people in China are sacrificing, or being required to sacrifice so much, I couldn’t help but think about how a third of America refuses to get vaccinated. I couldn’t help but think of how a woman who refused to put her mask on after being asked to do so still expected to be served during one of my first shifts at my job. I couldn’t help but think: How are we so selfish?

While people in China are sacrificing, or being required to sacrifice so much, I couldn’t help but think about how a third of America refuses to get vaccinated.”

Imagine the infeasibility of this in the U.S. In stark contrast, the Chinese have health trackers on their phones. It can deny or allow access to stores. It can demand you report to a testing center. It can prevent you from getting emergency medical treatment if you haven’t been tested.

Something so unimaginable in America is reality in China.

The world gets real as never before for me. It was Shanghai in lockdown that brought the world to my doorstep.