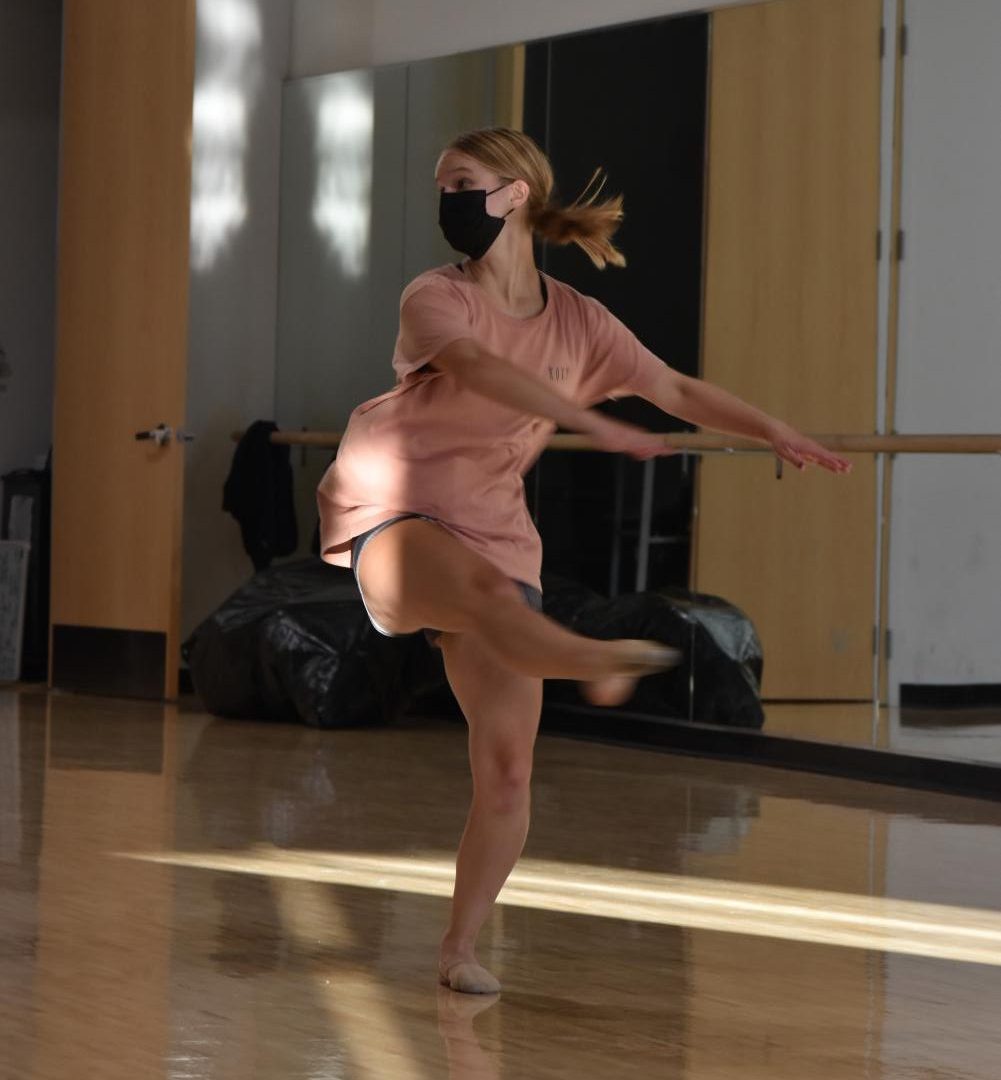 Twice a week, the Viking dance team is pushed out of their studio by adult education classes, provided with no alternative space by their school.

Twice a week, they practice in Palo Alto High School’s Haymarket Theater, which has unideal flooring and is often stuffed with props and costumes.

Former dance and cheer coach Hilary McDaniel fought for equitable pay and sufficient practice space in her time coaching. However, she resigned in 2017 due to her frustration over what she considered mistreatment.

Now, dance coach Alanna Williamson is left to bear the burden of what she and her team say are ongoing injustices involving practice spaces, pay stipends and a dismissive culture.

McDaniel began coaching Dance, JV cheer and varsity cheer in 2004, before the Peery Center was built. All of McDaniel’s teams practiced in the Small Gym, dubbed the “Girls’ Gym.”

“We were never, ever, ever given priority,” McDaniel said.

Because the dance and cheer teams attended games in the evenings and wrestling took the gym in the afternoons, McDaniel was forced to either hold practice at 6:30 a.m. or find other space, which ended up being the library, the band room, the student center, and even rented space outside school. They also held morning practices which meant that McDaniel was sometimes at school from 6:30 a.m. to 11:30 p.m.

McDaniel said she had to actively push for even those unideal opportunities.

“It wasn’t like anyone ever came to me and offered anything,” she said. “It was me trying to be creative and figure things out.”

Though the current teams have been in a better situation with practice space for the past few years, dance captain and Paly senior Riley Herron said it’s still not great.

Herron, a dance team member since freshman year, said the past four years have been difficult between the cheer and dance teams practicing in the same studio and the adult school holding classes in the dance team’s practice space.

“We were never, ever, ever given priority.”

Herron said the replacements have been inadequate. The Haymarket Theater can be filled with props and costumes and has flooring that can be dangerous for dancing, according to dance flooring company StageStep.

“We did outdoors for a little, but that’s super rough and not great conditions,” she said. “Then we started going to the Haymarket theatre … and then they started setting up all the props and we didn’t have too much space in there.”

Williamson has fought for her team. But, according to Herron, the dance team is now focused more on making the current situation work. She admits this solution may not be sustainable.

“Competition season might ramp up a little and we’ll need to push for that [more space],” she said.

Practice space is certainly a struggle for the dance and cheer teams, but it’s not the only one. McDaniel spent years in what she said was an emotionally taxing fight for equitable pay.

Paly classifies its coaches and athletic assistants into four classes: Category A receives the highest pay, and Category D receives the lowest. Team level, a teacher’s role in coaching the team, and other factors all affect the classification.

McDaniel was coaching two varsity teams and one JV, and receiving just one Category C stipend. Although she was spending up to 17 hours a day on campus and coaching upwards of 50 students, she was receiving the pay of many assistant coaches.

She said whenever she expressed her concerns to people in power, she was told that coaches shouldn’t just be coaching for the money.

“I volunteered to help out,” McDaniel said. “I was young. I had that time and passion. But unfortunately when people do that, then it legitimizes a system where you’re not valued.”

McDaniel’s resignation was followed by a near-immediate revision of the pay stipend schedules, she said. Now, dance, varsity cheer, and junior varsity cheer all receive separate stipends, and cheer has moved up to a higher stipend.

However, dance remains in category C. The varsity dance coach is still in the same category as many assistant coaches.

“Ultimately I wasn’t really given a reason as to why mine [my stipend] was there,” Williamson said. “As I’ve looked for support from supervisors and admin and stuff, they all agreed that it seemed confusing and didn’t seem to have clear reasoning.”

“I was young. I had that time and passion. But unfortunately when people do that, then it legitimizes a system where you’re not valued.”

McDaniel, Williamson, and many of the dancers agree that this lack of support stems from a larger culture of not taking dance as a sport seriously. McDaniel points to an incident where, when she tried to speak up about the dance and cheer teams’ practice space issues, she was told that they just needed to win more championships.

“No one else has to win or has to prove anything to be considered an athletic activity,” she said.

Herron said she also believes dance should be taken more seriously as an athletic activity.

“We’re a year-round sport,” she said. “We’re in the studio two hours a day. We even do full-day practices on the weekends. [To do] the stuff we’re doing, you need to be trained your whole life.”

McDaniel said this lack of being taken seriously played into the way people dismissed her advocacy for better treatment.

“It was the way I was spoken to by people in positions of power that showed they didn’t hear why I was upset about the lack of equity, that they weren’t even willing to recognize that there was a lack of equity, and that they were actively perpetuating the inequity with their expectations of me,” she said.

McDaniel said that, when she spoke up about the injustices, she was told to sacrifice aspects of her personal and family life.

“When I brought up that I had other commitments and a family, [I] was told, if this coach had a baby I would tell them they just had to make sacrifices,” McDaniel said. “It literally just broke me, it broke me into two.”

Williamson has advocated for the dance team as well, to the point of trying to pursue a Title IX complaint about the inequity the entirely female run cheer and dance teams face, she said.

“[The practice space situation] seems like a bit of a Title IX issue to me, and nobody seemed to really take us seriously about that,” she said. “We weren’t given a lot of care or support or attention regarding that. It was just like, “figure it out.””

McDaniel and Williamson both claim their efforts were dismissed or not supported enough. So who can make change, and what tangible change needs to be made?

“Pay your varsity coaches the same amount of money,” said McDaniel. “That’s not a hard thing to do. Come up with a system where all teams can access practice facilities. That’s harder to do, because there’s a lot of different needs, but the wrestling team has its own room all three seasons … I think these things are doable.”

Williamson also said she believes there are options to solve the practice space problem.

Pay stipends are negotiated by the teachers union, according to Athletic Director Nelson Gifford,  so perhaps that’s the place to start. However, reapportioning practice space could be a messy affair involving coordination between the district, Paly administration, coaches, and more.

Gifford and Paly Assistant Principal Jerry Berkson, however, have a different perspective: both said they believe some of these issues have been or will be resolved.

“This was a new scenario,” Gifford said. “And I think in part it happened, you know, we’re coming out of a pandemic … [we’re] getting back into the process of coordinating access and timing.”

Berkson also said he believes lack of communication played a role in the scheduling conflicts.

“I think there should’ve been communication before the school year started, before things started revving up,” he said.

The Adult School holding classes in the dance studio is the right move, Berkson said.

“Somewhere we have to fit them [adult school] in there,” he said. “Everyone needs to be flexible.”

In terms of coaches’ pay, Gifford said the Paly athletics department is in the process of reworking pay stipends and making pay more equitable.

“And I think in part it happened, you know, we’re coming out of a pandemic … [we’re] getting back into the process of coordinating access and timing.”

In addition to school administration and athletic staff not all thinking advocacy is necessary, McDaniel also said she believes the backlash she faced after calling out the school in her resignation letter might have scared off potential activists.

“I feel like … the people in power tried to tarnish my reputation a bit in order to get themselves off the hook a little bit,” she said. “The people on this campus who saw that happen to me now feel like they can’t always speak up because there will be repercussions.”

McDaniel said she believes someone needs to speak out, but that she understands how difficult it can be to push for a controversial cause.

“How do you encourage people to speak up for what’s right when they feel like they might lose what they love?” she said. 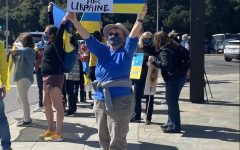 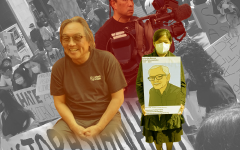 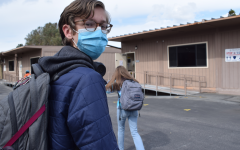 In the Red Tier: Campus opens to students 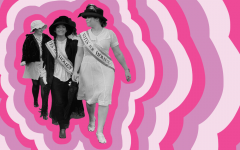 Feminism Evolved: How Feminism has developed over a century 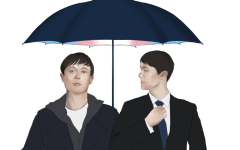 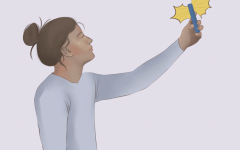 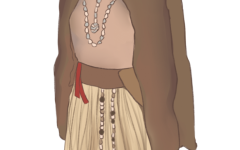 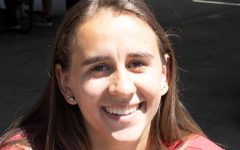