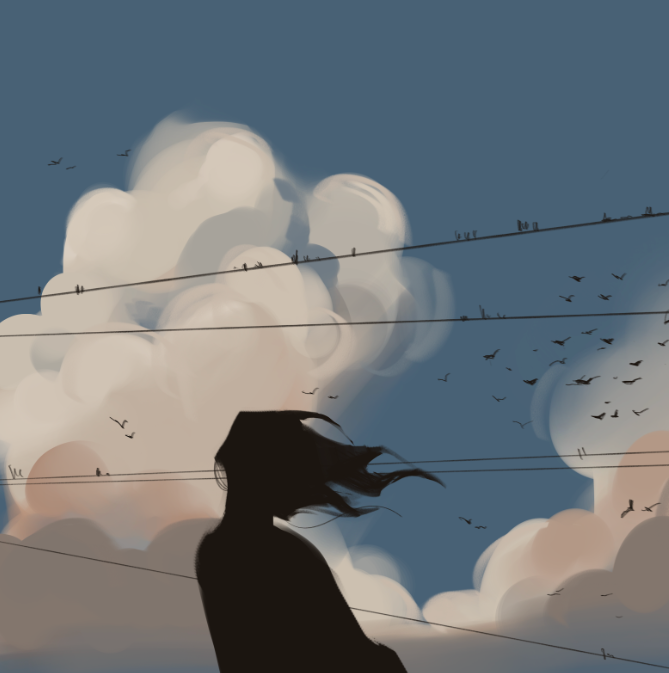 Google says fatherless daughters are teen mothers, poverty-stricken youth, substance abusers, promiscuous, insecure, low achievers, inmates, dysfunctional, and depressed. Could it be possible to define what the National Public Radio says is 39% of students 18 and under in a few words?

Growing up and getting curious about how my father’s absence affected me led me down a rabbit hole. I read what online pages said about children without a father and started to wonder if it was all true. I knew I didn’t fit those labels, and talking to another high schooler at Palo Alto High School made me realize I wasn’t the only one.

One Paly student told me she spent the first five years of her life with her father in South Africa until her parents got divorced and her mother moved with her to America in search of a good education. Her father had properties to attend to in Africa, but with a visa, he was able to visit every three months. That was until Covid-19 hit and travel was limited. She hasn’t seen him since January 2020, and it has taken a toll on her mental health.

Social media has added to the difficulties this source confronts as a fatherless teen, with the growing popularity of the term ‘daddy issues.’ Daddy issues is used to describe a girl who has a poor or non-existent relationship with her father and is often glamorized.

“People want to make having parental problems a trend and something that’s cool,” This Paly student said, “I think it’s really weird.”

Terms like ‘daddy issues’ create a stereotype that associates negative traits with the absence of a father. This further contributes to the misrepresentation of fatherless girls and diminishes the importance of the real issues these women face.

“When you come back to a home missing half of the two people who literally made you it’s weird.” She said, “It feels unstable, it doesn’t feel good. It feels like you don’t have a home to go to.”

This instability has been a factor in her ability to find healthy relationships.

She says there’s a lot of anxiety and dread that comes with facing a romantic relationship, though that does not take away from her desire to be in one.

“You want that person to be your support system, but since you didn’t really grow up with a stable support system, you don’t know if that person could be good enough.” She says, “If you need to go to them can they actually be stable and be there for you? It just feels like they can’t.”

Struggling with insecure attachment in relationships with men is common in women who grow up without a present father. In “Insecure Attachment and Emotional Distress” published by Sherri L. Turner, from the Department of Educational Psychology in Minnesota, and five other researchers, Turner states, “Those who are avoidantly attached often avoid forming relationships with others under the presumption that they will not get their needs met.”

Children who grow up without a father have the ability to flourish. This source says she plans on going to college to major in Computer science.

“Although research suggests that paternal engagement is associated with many desirable outcomes, this does not mean that your children are doomed to a suboptimal developmental trajectory if you are a single mother.” Hill said, “Patterns that emerge when examining data are simply that: patterns. They do not account for the tremendous amount of variability that is observed between individuals within the same circumstances.”

Having a father figure greatly influences the success of an individual, whether that be a teacher or another family member, Hill said.

This source says she’s found support in other people besides her father.

“You find other alternatives, like my brother.” She said, “You find peace of mind in other people.”

Finding solace in this shared experience has helped me realize that I am not alone in what I go through,

“I feel like I don’t really know my dad sometimes,” the girl with the dad in South Africa said. “It’s a random person and it’s sad to think about that to other people but in my opinion, it’s not really sad because that’s just how it is.”

I have found this to be a great representation of my feelings as well. While many others see having an absent father as a sob story, for a lot of people, myself included, it’s a minute part of everyday life.

There is much more to fatherless teens than ‘daddy issues,’ and recognizing the importance of not representing a diverse group of people with one image is vital.