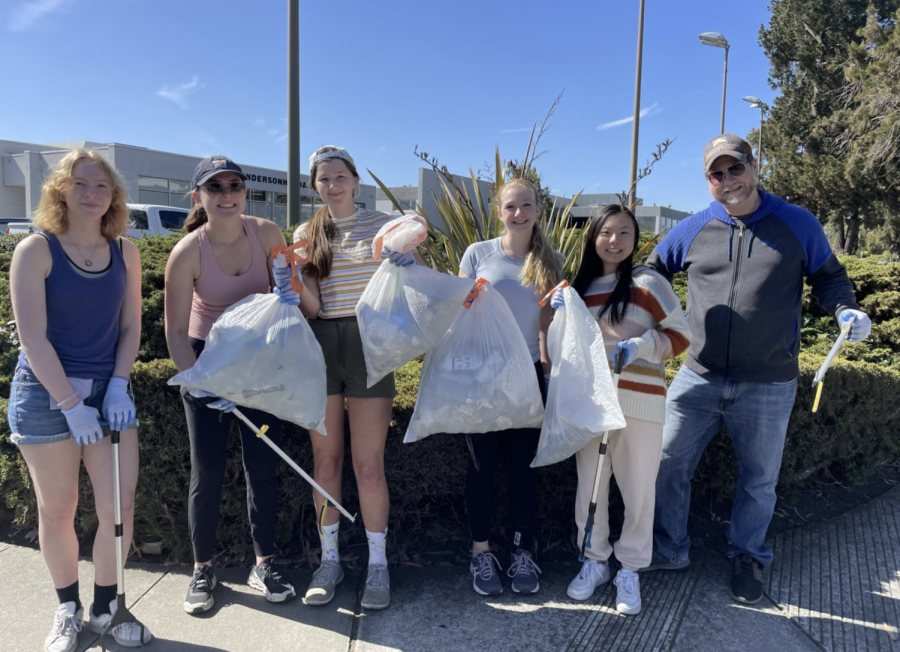 The beach clean up club displays their work from a clean up at the Palo Alto Bay Lands, collecting over 57 pounds of trash.

See what Paly's Beach Clean-up Club has been up to

Over eight million million tons of plastic are dumped in the ocean annually. About 1.25 million tons pollute on beaches all across the United States. To some this may seem like another environmental reach, but  Palo Alto High School juniors Alessandra Chandler and Kali Ressi di Cervia, they knew they had to take action.

Growing up, Chandler had always visited beaches in Santa Cruz where she would spend the day with her family.

“I would always pick up trash on the ground that we saw.” Chandler said.

So, Chandler and Ressi di Cervia founded and led the Beach Clean-up Club at Paly.

“I really love the environment and I wanted to create a club with other people who also care about the environment,” Chandler said. “I really wanted to become more involved in Paly and I thought that creating a club would be a great way to get involved.”

After the launch of the club, Chandler shared the direction she and Ressi di Cervia wanted to guide the club in.

As I learned more about all the pollution in our environment and the effects of this pollution in ecosystems I involved myself in environmental cleanups to help these ecosystems thrive without harmful things like plastic, glass bottles and other trash. ” 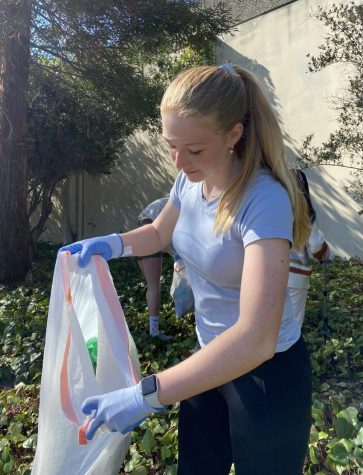 After running the club for almost a year, the club has been able to go on clean-up sessions to local reservations and collect trash to improve the environment.

“Once last year I led a clean up of the Baylands and we cleaned up a total of 57 pounds of glass bottles, plastic wrappers, and other trash items,” Chandler said.

The co-presidents’ ultimate goal is to get more people interested in helping the environment.

“As humans, we create so much pollution and I think that it is important to make sure that this pollution does not hurt any animals or their ecosystems,” Chandler said. “Right now many animals are in danger of going extinct because of the plastic that gets into their habitat.”

This year, the club has more plans on how to expand and get more involved with local beaches.

“Beach Coalition is an organization that does beach clean ups and they make it possible for people to ‘adopt a beach’ which entails organizing clean ups and maintaining a healthy environment at that specific beach,” Chandler said. “I think adopting a beach would be really cool and I am going to try to do that with the club this year.”