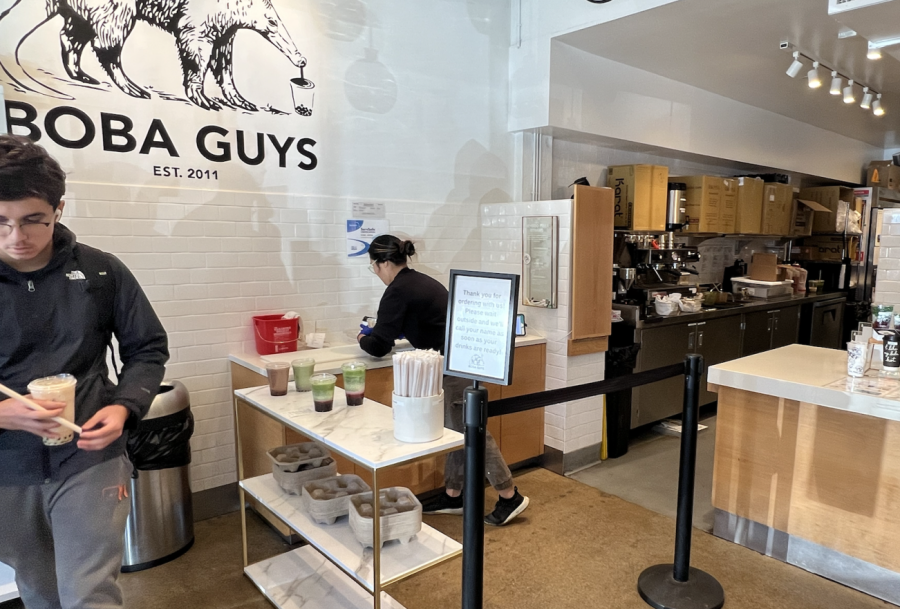 What was your initial reaction to what happened at the Boba Guys in SF? Can you maybe explain what the unionization plan was and if you know what prompted it?

I wasn’t surprised, basically, even before all of this happened. They announced changes in how they’re going to run. Specifically, the thing that people were most upset about was that they were changing opening and closing times, and people only had two hours to open and close and they cut that time in half. But that time was essential for us to get the store up and running and then also close and clean everything, so people were upset about that. And then they also were cutting hours and they didn’t really tell people that they were cutting hours. We had a leadership meeting, which was basically like shuffle aides, ASM, store managers or district managers there and they were like, ‘Yeah, we’re gonna be betting on a skeleton schedule,’ which is basically when they scheduled the minimum amount of people possible to run the store. They were just not really clear with people that they were just cutting hours back. In fact, they didn’t even say they were cutting hours, they just said they were gonna choose scheduling. So that caused problems for a lot of people because it’s like, if you don’t get enough hours, then you don’t make enough money to live.

How have you and your employees been treated by Boba Guys? Have you had similar experiences as the SF employees? How would you describe the working conditions?

They’re planning to remove the ASM position, and all of the ASM are gonna get demoted or promoted, demoted shift lead or promoted store manager, but ASMs, they don’t want that to happen. Like they don’t want to get demoted and don’t want to be promoted to the role of a store manager because that’s, that’s different and a lot of the global stuff and people are upset about that because ASM is essential to running the stores. Like we have the store manager I see him maybe once every two weeks, like store managers, they aren’t really involved. They’re always off doing something else. And so ASMs are sort of, like essential to running the store and so people are upset that like they’re just removing the position and all these people need to either deal with boba guys and like deal with where they’re going to be placed or just leave the company.

And I’m guessing that EG1, the mission [location], they attempted to unionize or they were talking about it, because a lot of people, they don’t want to leave, but they don’t want to be treated that way by the company. Another thing people are upset about is that, because it’s skeleton scheduling, we really do not have enough people staffed. They tell us ‘You need to close in 30 minutes,’ and then they schedule two people to close. And that’s not enough people and that’s not enough time. It’s like they’re trying to overwork us, and it’s not they’re compensating us in any way. So I’m guessing mission, they actually talked to the founders, and I’m guessing they attempt to unionize to actually get better treatment.

Then, basically management, the CEO, were like ‘No, we’re not doing that.’ And then that’s when they started putting up all the signs and trying to get people aware about this. And that’s when everything went down: them being fired and their entire store got suspended without pay. I know the Union Square location, I think two people at the Union Square location tried to also join in and start putting up posters. And then both those people were suspended without pay.

Basically, half my store plans to leave, if not more. So, one thing is that, I know my co-workers are happy with attempting to unionize, but it’s also not worth it because we don’t want to be at this company, we don’t want to be with these people, we don’t like management and we just want to leave. What’s even more upsetting is the way that they handled the entire situation. After all this happened, they sent out an email. The email was sent to subscribed people, and the Boba Guys Gmail group wasn’t even accessible. I didn’t get the email — just one of my co-workers got the email and sent it to me. If you don’t know, Boba Guys has five core values and they try to relate everything to those five core values. Like when the news of cutting back hours happened, they were like, ‘Thank you for caring,’ also known as, ‘Thank you for letting us overwork you.’ In the email it was talking about, ‘In the spirit of radical candor, we welcome our team members to express their views freely and value their contribution encouraging co-creating a big environment that allows us to grow.’ They tried to unionize and then they got fired, and they said they close the Mission location until they are able to staff a team to uphold their standards.

How does what the Boba Guys’ superiors did to the SF employees change how you view your employer, if at all?

Just the way that they responded, it’s upsetting. Also, Boba Guys has a Slack channel. And usually, if they posted it in Slack, everyone would have seen it. And people would actually be able to talk about it and respond. Because they didn’t post in Slack, they did an email through a group that half of the employees aren’t even part of. So it’s very clear that they’re just trying to hide all this and ignore it and try to not deal with it.

Also, the day after they shut down Mission, they had a manager’s meeting where they told the managers that you’re not allowed to speak to the press about this. If someone is trying to unionize at the store, shut it down. Don’t allow this to be talked about at the store, do not support this, and basically do not talk about it at all. Overall, people are just really upset about the way it was handled.

Do the employees of Boba Guys in Palo Alto plan to stand in support of the SF employees in any way? If so how or if not how come?

Is there anything else you would like to add?

So why all this started, why they started cutting back hours, why they started closing times, it was because they were losing money. It was an effort to not go bankrupt, basically to keep people alive. And so they started implementing all of these policies and attempts to save money. And instead, they had to shut down our store and other stores. It just backfired greatly on them. Because they did not prioritize like their own employees, they were just prioritizing profit.