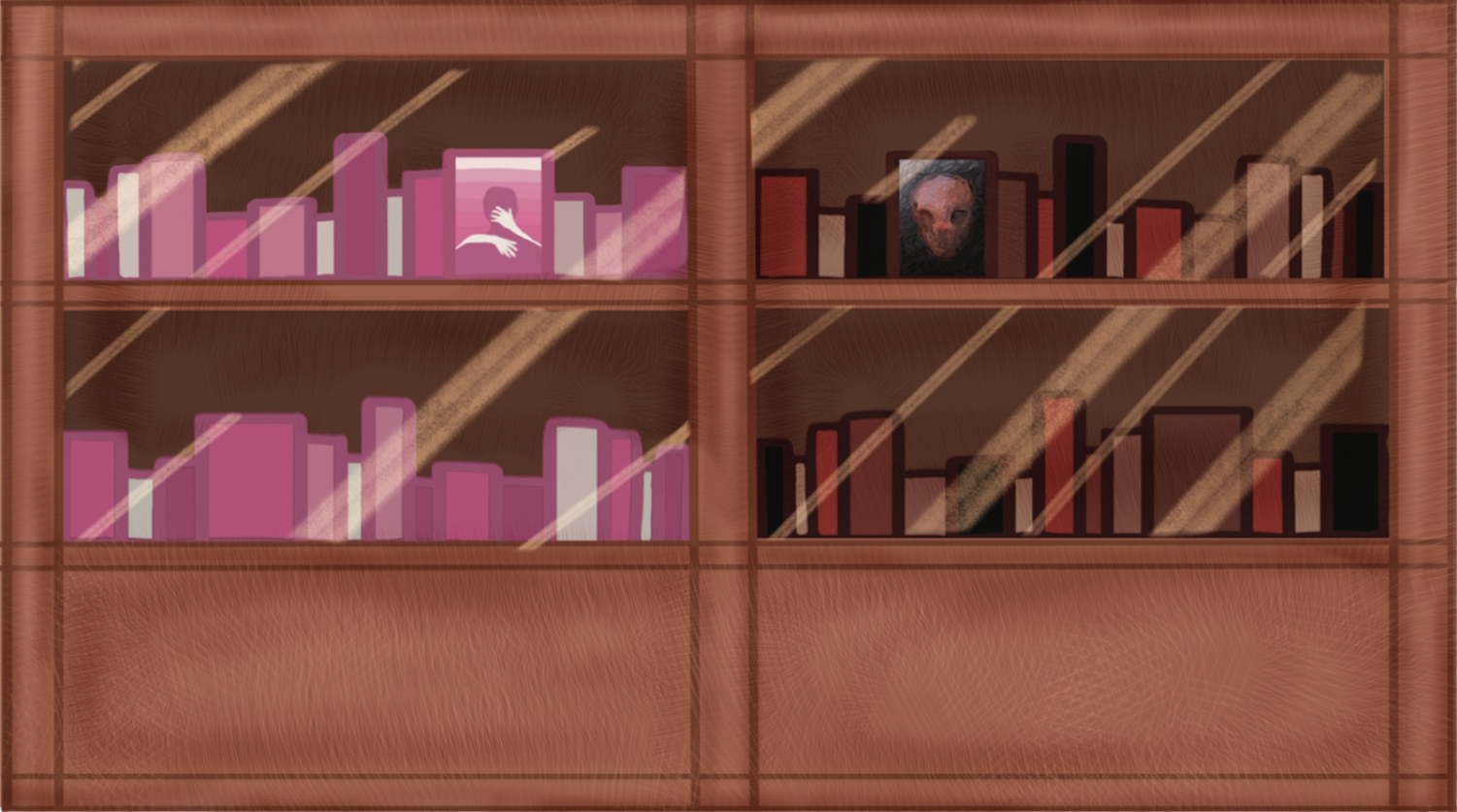 A review of 2023 books with activist themes: "Afterword" and "Everything the Darkness Eats" 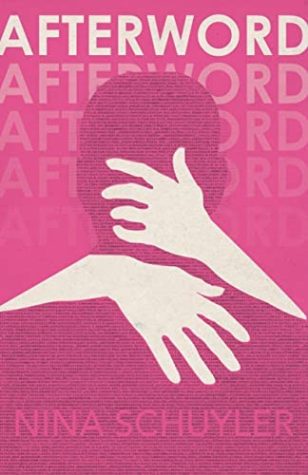 A haunting portrait of grief, Nina Schuyler’s “Afterword” is a must-read for those who love dystopian, science fiction, complex plotlines with an emotional core. Though it doesn’t center around activism, it deals with themes such as sexism, privacy in a digital age, and anti-Chinese racism.

“Afterword” follows Virginia, an elderly woman living in San Francisco. As a teenager, Virginia was in love with her much-older math tutor, Haru. Though the tutor outwardly rejected her advances, he clearly viewed her in a semi-romantic way. Sixty years later, Virginia still considers Haru her one true love. Haru and Virginia’s relationship is left a bit up to the reader, though it seems creepy.

Haru died when Virginia was relatively young and, since his death, Virginia has been working to bring him back through artificial intelligence. Virginia invents the “Best Friend,” an AI that can converse just as a living person can. She designs her own personal “Best Friend” after Haru.

However, after selling her technology to a Chinese corporation, Virginia begins to suspect that “Best Friend” is being used to spy on Chinese citizens.

Afterword is a beautiful tale of getting over loss, as well as a stunning metaphor for the impact pedophilia can have on survivors for their whole lives.

The writing is compelling. Schuyler’s style is persistently beautiful, never crowded with overly descriptive prose, but understated and vivid.

Not only that, but this is one of the most uniquely paced books I’ve read in a long time. The pacing was never too slow or too fast, but also didn’t follow the standard, three-act formula for a modern novel. It’s not edge-of-your-seat thrilling, but rather, a steady kind of immersive.

The one flaw of this novel is its predictability. Had the writing not been so incredible, it wouldn’t have been hard to abandon the book, because I knew exactly how it’d end from the first few chapters.

This book portrayed the generational impacts of poverty incredibly. The portrayal of how poverty strained Virginia’s relationship with her mother was especially poignant. The quote “poverty has made her view life as a series of transactions” drove that point home. Too often, books almost romanticize poverty. They promote messages of “the American Dream” and “money can’t buy happiness,” when that isn’t the reality. This book subverted that artfully.

The depiction of privacy in a digital age was also beautifully done.

The book also explored issues of the distinction between anti-Chinese racism and acknowledgment that the Chinese government is oppressive. Schuyler poses the question of “What is culture, and what is oppression?” and grapples with it insightfully.

One of “Afterword’s” main focuses is the experience of women in mathematics. Virginia was not allowed to excel in math, and was expected to live a life of a stay-at-home mother, not learning math beyond the high school level. Haru was the only person who was willing to teach Virginia graduate-level math, and even then, Virginia had to keep his decision to tutor her a secret.

Schuyler didn’t put the women in STEM messaging at the forefront of the book, nor did she overtly state any of the activist themes. Afterword is a beautiful book because it holds up in, while also representing the intersectional struggles and experiences Virginia faces over her lifetime.

Afterword is a gem. Every activist and every lover of emotional tales should add it to their 2023 reading list.

Everything the Darkness Eats – Eric LaRocca 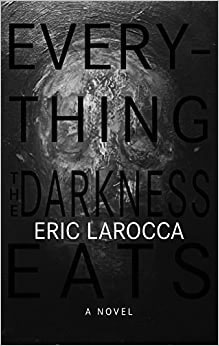 Eric LaRocca’s horror novel, “Everything the Darkness Eats,” is a vibrant, immersive journey. Though a fun read, it relies more on shock factor than anything, and feels almost aimless. It tries to make an activism statement, but falls short.

“Everything The Darkness Eats” depicts a small town in Connecticut that’s haunted by a series of disappearances. It follows a few characters: Heart Crowley, the cult-ish, charismatic kidnapper; Ghost, the grieving, pained man; and Malik, the detective facing a barrage of homophobic hate crimes.

Heart discovers a secret artifact that gives him the power to compel others to his whim, which he uses to go on a killing spree, and then start luring people to his basement.

Ghost recently lost his wife, and ever since, a wraith has lived on his shoulder, feeding him messages of anxiety and self-hate.

Malik, the police officer following the disappearance cases gets a message saying “Die [f-slur].” Shortly after, someone breaks into his home and attempts to murder his husband, Brett.

Every page of this book was engaging, and I grew to love the characters. LaRocca managed to squeeze so many well-developed personas into so few pages without sacrificing the reader’s attachment to the characters.

That said, the plotlines don’t come together until the last few pages of the book and, as such, the book feels more like a rambling description of hatred, anger, and desire than a specific story.

The Malik plotline, in particular, bothered me. LaRocca was clearly trying to make a statement on the homophobia that plagues many people, even today, but he missed the mark, and Malik and Brett’s subplot feels more like gratuitous violence than an impactful story.

The core issue of this book is the lack of chemistry between the characters. Yes, I cared about the characters personally, but that can only go so far. The characters did not seem to care about each other. Logically, yes, Malik loves Brett. Logically, Ghost loves Gemma. Logically, Heart and Ghost have a close yet conflicted relationship.

But I didn’t feel it emotionally.

That being said, “Everything The Darkness Eats” did have lots of queer representation, as well as representation of mental health, grief, disability, and Islamophobia.

LaRocca’s novel is a fun, engaging read. It’s short, and it’s a good way to spend a summer afternoon. It doesn’t make any points in a particularly powerful way, but the artfully crafted characters and the terrifying prose make it a good read if you’re bored. 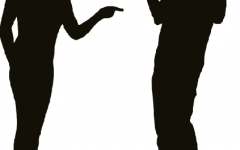 Being a Pundit on Campus

“Excuse me, can we have someone help us please?” my tita says to a retail associate at a jewelry store polishing bracelets. The worker puts down h... 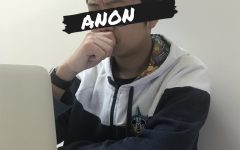 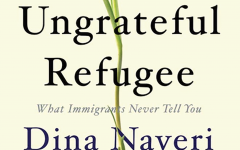 Not-so-American Dream: New book illustrates the reality of being an immigrant

Three Presidential Candidates You May Not Have Heard Of