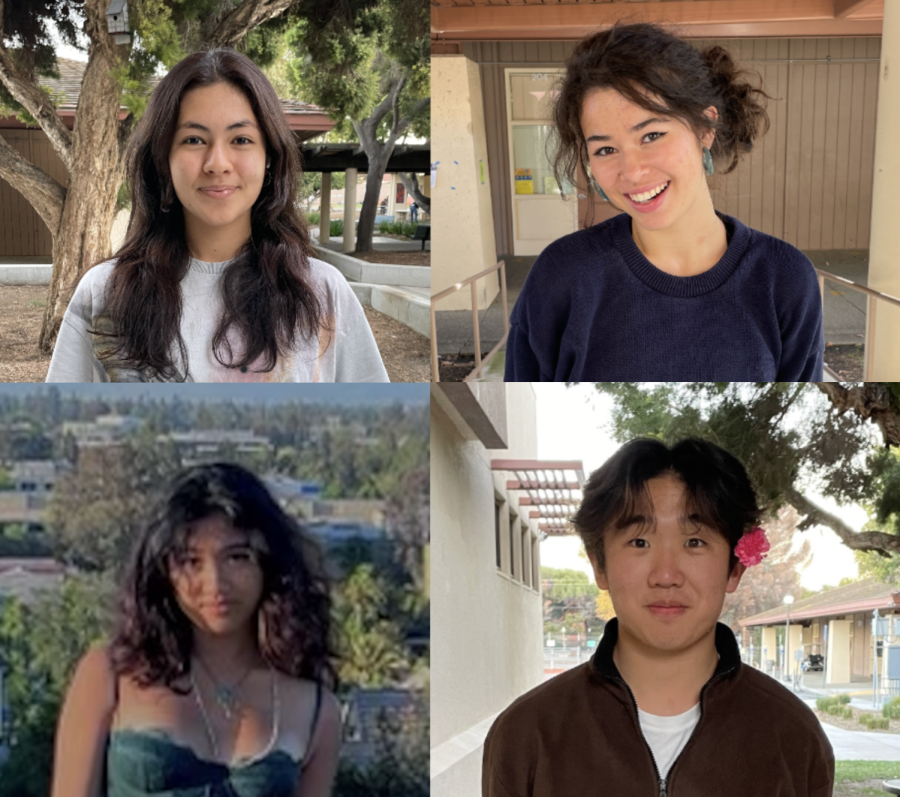 Paly students share their experiences of being “halfway” between two communities

Many students at Palo Alto High School identify as members of multiple communities, and at times can feel torn between communities. We interviewed several Paly students who feel this way.

Paly senior Olivia Hau identifies as half French and half Chinese, and said she has continuously felt unaccepted into the Chinese community. However, she said she has been able to accept and love both sides of her identity.

Hau said although she speaks fluent Mandarin and is immersed in her father’s side of the family’s culture, other Chinese people at times do not recognize her Chinese identity.

“What especially hurts me is when Asian people, especially Chinese people, don’t validate my identity as an Asian person just because it’s taken me a while to accept and to embrace my Chinese culture,” Hau said.

Hau added that her experiences reflect the more difficult parts of being Asian, which gets overlooked due to being biracial.

“I definitely experienced racism and oppression as an Asian person, but at the same time, I feel like those experiences are not validated, just because I am half white,” Hau said.

Attributing this divide to the stress people often place on labels, Hau said her dual identity often feels left out of conversations.

“Society, a lot of times, places pressure on putting labels on things,” Hau said. “It’s like, on standardized tests, you’ll see ‘Oh, are you Asian? Are you white?’ and sometimes there’ll be no option for ‘Are you multicultural and multiracial?’”

In Hau’s personal journey, she said she has been able to find peace with both her Chinese and French identities.

Paly senior Reed Jadzinsky was born and raised in America by an Argentinian family. Due to the difference between Argentinian and American culture, Jadzinsky said he sometimes feels split between the communities.

Jadzinsky said his family often clarifies to others that although they are from Argentina, Jadzinsky is from America, leading him to feel a disconnect from his culture. He also said his family points out his “American” tendencies.

“A lot of my family members tend to make fun of the things that I do because it’s very American, or it’s like a different way,” he said. “It’s not like a massive problem, but it’s something that I definitely feel ashamed over, especially whenever I visit my family.”

Jadzinsky said his family has no bad intentions when they do this, and it is instead a result of ??

“I know that if you’re not doing it, like out of the harmful place. I just think that’s, I don’t know, it might be weird for them to and I think that’s just their way of coping

I don’t think they realized that it you know, puts a strain on my relationship with like my family’s culture. But it definitely does.

Harvey Vostrejs feels caught in between the Jewish and LGBTQ+ communities at times, but has found a community of their at their intersection.

“Unfortunately, there are some sects of Judaism that are very anti-queer,” Vostrejs said. “They’re very homophobic or transphobic.”

Specifically, Vostrejs said their identity as a transgender person conflicts with how gendered some aspects of Judaism can be.

“A lot of synagogues have separate seating for men and women,” Vostrejs said. “And where I fall is kind of in the middle of that, and that’s a very stressful thing to have to choose.”

However, Vostrejs said his family has helped him through this feeling of division between communities.

“I was raised Jewish and my mother, when she was teaching about Judaism, it was taught through this lens of social justice,” he said. “Of ‘Do the right thing, you question, you learn, you grow,’ and that’s what Judaism means to me.

Vostrejs also said he has connected with other LGBTQ+ Jewish people, which has helped him.

“No matter how I may identify, I know there will always be other queer Jews — I have a community of queer Jews that I’m friends with, and that’s something that looks very unique,” Vostrejs said. “And that belonging to the intersection of those two identities can be difficult, but it’s also something that’s incredible and so very special.”

Paly junior Austin Eng struggles with being culturally connected to both his Japanese and Chinese heritage, especially because of Bay Area stereotypes.

He is often perceived as fully Chinese and claims that most people don’t acknowledge that he’s Japanese because they already have a preconceived notion of him.

Eng attributes much of this treatment to his environment.

“In the San Francisco Bay Area especially, a large part or even majority of Asian Americans are of Chinese descent and that can lead to many people assuming I am just Chinese at first glance,” said Eng. “With similar East Asian features such as more pale skin, black hair and other various facial features, I am often assumed by others to be 100% Chinese.”

Although he is often perceived as fully Chinese, Eng has struggled with being culturally connected to his Chinese identity.

“Growing up, I always felt like I ‘wasn’t Chinese enough’ because I didn’t go to Chinese school like my classmates.”

Additionally, Eng feels like he has more access to Japanese culture and spends more time with his Japanese extended family members and and therefore is more comfortable with that half of his identity.

“I am learning the language, I celebrate cultural holidays with family and participate in Japanese extracurriculars as well.”

Despite the misconceptions that many people have about his identity and the struggle he encounters with being culturally connected to each part of his identity, Eng is appreciative of both parts of his identity.

“Although I feel more Japanese than I do Chinese, I spend time with both sides of my family,” Eng said. “Making sure that I keep in touch with both cultures is important, even if I am more involved in one of them.”

Paly junior Caroline Jittipun has a Catholic Filipina mother and a Muslim Thai father, and said she feels the pressure to conform to one over the other.

“I feel like there’s a big difference in families with having to choose between a different religion once I’m older and having to experience both,” she said, “But then each family is kind of pushing you to be one certain religion.”

Jittipun said this pressure stems from her youth and has in part come from family members.

“I remember when I was little, my grandma took me to the mosque, and after we came back, me and my grandma were talking and she asked me, ‘ You’re gonna be Muslim when you’re older, right?’” Jittipun said. “And it put me in such an awkward position … I thought ‘Why can’t I be both?’”

Despite the divide Jittipun feels between the two religions, she said her parents are encouraging of the intersection between them.

“My parents are both supportive, they think I can be both once I’m older — I don’t need to choose between one,” Jittipun said. “We celebrate all of the holidays with both religions and it’s nice that way too.”

Jittipun said celebrating holidays from both religions is important to her, and if she has kids, she will raise them with both Muslim and Catholic traditions as well.

“I embrace both; I love to be both Catholic and Muslim,” she said. “I’m very proud of it, and having the holidays with my family is a big thing that we all celebrate.”

Paly junior Hannah Jensen moved to Palo Alto from Vietnam earlier this year, and is balancing adapting to a new culture with keeping ties to her home country.

Jensen moved from Vietnam for more work and educational opportunities in America, such as being able to have a job at an earlier age and being able to choose more classes in school. Although she has managed to keep in touch with people from Vietnam, she said it has been difficult to do so.

“It’s a little harder [to keep in touch with old friends] with the time difference and not being there, and I feel like if you move to a different country and you just stay connected to your old community, you’re not going to really be in the present here.”

Adapting to cultural differences has also been something Jensen has had to navigate this year. She said social norms here contrast with ones in Vietnam; different things are acceptable to say and the way people interact with each other can also be more surface-level here.

Jensen said accepting the dual communities has helped her get more in touch with herself.

“Right now, there’s not one community,” she said. “I feel very connected to myself. I’m learning a lot more — you’re kind of breaking your own boundaries in a lot of ways.”