Campus acknowledges National Neurodiversity Week with lanterns and a celebration. 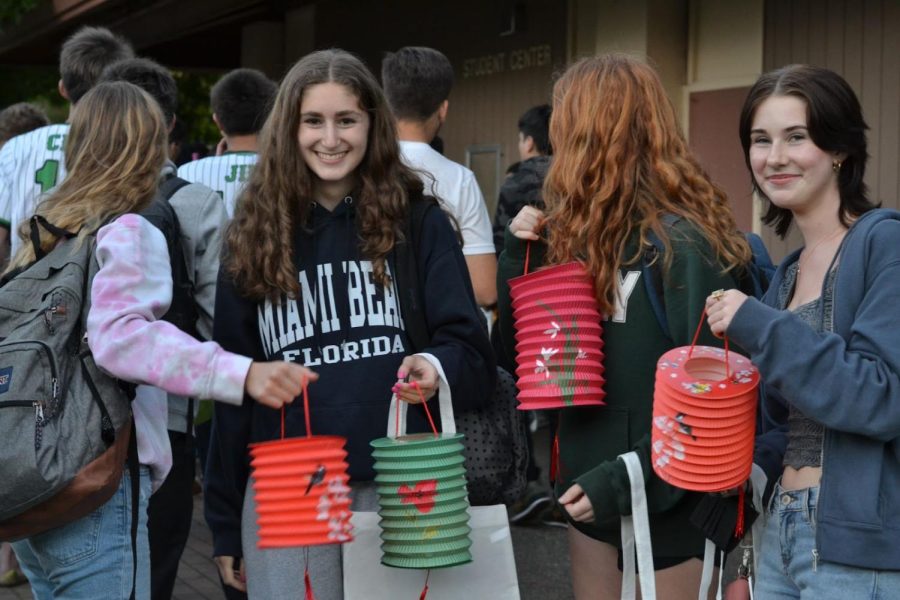 Students are holding lanterns to recognize Neurodiversity Week on Thursday at Palo Alto Highschool. “I have many friends who are part of the neurodivergent community,” Paly sophomore Mae Cornwell said. “The speakers did a really good job.”

Organizers of Neurodiversity Celebration Week — which featured an array of speakers and a display of lighted paper lanterns over the Quad — are calling last week’s event a success.

Paly chose to celebrate the event with guest speaker Lawrence Fung, a professor at Stanford who discussed the science behind neurodiversity as well as why conversations surrounding it are crucial.

The week ended with the celebration of the neurodivergent students at Paly and included lanterns as well as food and refreshments, including student speakers as well.

Thursday’s speaker event with Fung laid the foundation of knowledge, and Friday’s lantern night was the celebration.

“I think this event really got the ideas in people’s minds, and it’s not a foreign idea but it shows when you get the idea out there people are very accepting,” Hu said.

The purpose of the event was to not only acknowledge but to celebrate the differences within the student body at Paly, according to Steve Gallagher.

Neurodivergency is the differing mental or neurological function from what is considered “normal,” as defined by Oxford Languages.

According to the Center for Disease Control and Prevention, one in every 42 boys and one in every 142 girls are born neurodiverse. From 2000 to 2018 the population of those with neurodiversity rates has increased by 150%.

National Neurodiversity Celebration Week is the fourth week of March.

The purpose of the week is to educate people as well as challenge stereotypes surrounding the neurodivergent community.

According to Forbes, Neurodivergent Celebration Week started in 2019 and since then has continued to educate people.

“It’s really a new thing in so many people’s minds, many people haven’t had a chance to understand,” Hu said. “I think [this celebration] is doing it in a great and fun way.”