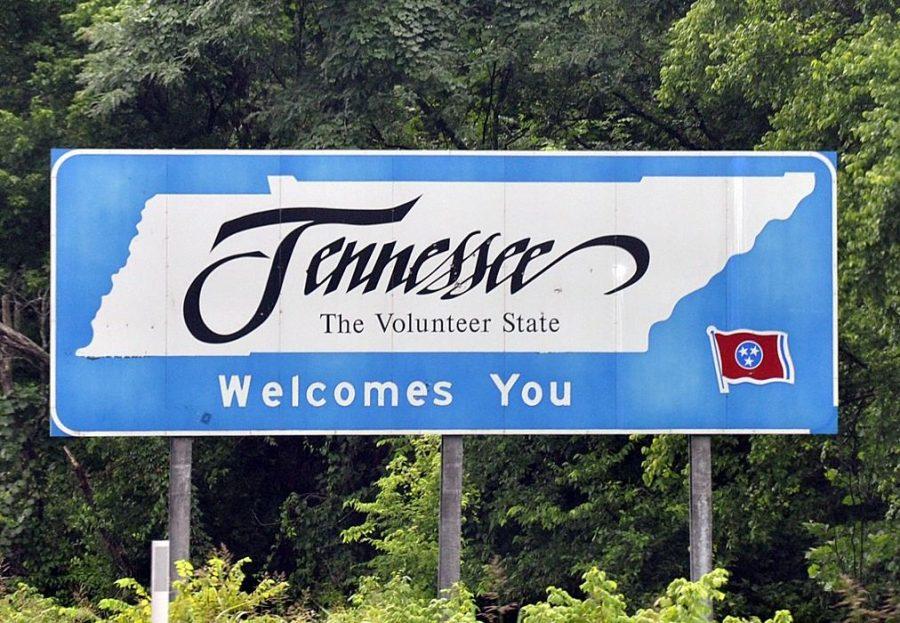 “Howdy darlin’, welcome to Nashville!” read the first sign I saw as I got off my plane at the Nashville airport. As country music played through the speakers across the terminal, my dad and I found our way through the airport before driving into the city to stay the night with family friends. My dad and I had left California that morning for a President’s Day weekend trip to the South to tour Vanderbilt, Emory, and Tulane. This being my first trip to the deep South, I was immediately hit by the difference in culture.

When we arrived in the inner part of Nashville and met with our family friends, (my dad’s old college friend and his daughter, a senior in high school), the four of us went out to dinner at a local barbecue restaurant. The first thing I saw in the restaurant were shirts for sale that read, “Folks, I didn’t climb to the top of the food chain to be a vegetarian!” (which rivaled the shirt I saw in Atlanta that read, “PETA: People Eating Tasty Animals”). It was a bit of a culture shock for someone coming from tree-hugging, vegan-friendly Palo Alto.

Despite my first barbecue joint experience, I found myself falling “head over boots” for Nashville. The people were friendly, the new culture was exciting, and the city was so unique that I couldn’t get enough of it (and it helps that I happen to love country music). It was a place I could see myself living for my four years of college.

However, I soon learned the truth about states in the deep South: while the big cities lean liberal, once one leaves the city and enters the suburbs, it’s a completely different world. The girl I stayed with in Nashville goes to a private high school in the city and told me about her experience as a cheerleader going to basketball games at high schools in the rural towns outside of Nashville. At her school’s basketball game at Lebanon High School, about an hour outside of Nashville, her school had been in what they considered to be “hostile territory.” As a school with a large Jewish community and a diverse student body, they received threatening comments from both fans and referees at the game and had to leave early for their own safety. Despite the welcoming environment of big cities like Nashville and Memphis, two of the only three Democratic counties in the 2016 election, the rural areas of states in the deep South can easily turn hostile.

This switch in environment upon leaving big cities was evident as soon as my dad and I left Nashville to drive to Atlanta, a four-hour drive through rural Tennessee, Alabama, and Georgia. We didn’t have to go far before hitting the stereotypically southern, “redneck” areas of the South; in the first hour of our drive, we saw an advertisement for a local gun emporium with a billboard reading, “Hillary couldn’t pass our background check!” As my dad put it, “The South sure isn’t subtle.”

Driving for hours through towns like Mentone, Alabama is what truly opened my eyes to how vast the differences between the bubble of Palo Alto and the rural deep South are. Mentone, Alabama has a population of 360 people, 10.9% of which live below the poverty line, and has a median income of $38,750. The town is 92.2% white. Having come from Palo Alto, one of the most expensive and most educated cities in the United States, seeing towns like Mentone first hand is more eye-opening than hearing about them could ever be. The otherwise dreary, middle-of-nowhere town was remarkable solely for the Confederate flags lining the windows. Towns like Mentone, which have a seemingly low quality of life and even lower diversity are the kinds of places that turn a state red; in DeKalb County, where Mentone is located, 82.9% of votes went to Trump. 41% of people with an income under $30,000 and 62% of people from small rural cities voted for Trump – Mentone fits the bill.

Arriving in Atlanta and out of what seemed like the middle of nowhere, we were back in another city of the deep South acting as a liberal island in a sea of red. A more tolerant environment than the “heritage not hate”-boasting rural South, Atlanta hosts the beautiful Center for Civil and Human Rights, with a large portion of the museum dedicated to the Civil Rights Movement of the 1960s. However, the fact that Alabama appears entirely liberal masks sectional differences within the city itself. As another family friend drove us through the city on the way to the museums in the touristy section of downtown Atlanta, he remarked that we had passed the physical line between the section of Atlanta that is represented by Democratic Congressman John Lewis and the section that has been Republican-represented since 1979. Lewis only represents three-quarters of Atlanta; the remaining portion of the city was represented by a Republican, the current United States Secretary of Health and Human Services Tom Price (Price resigned from his position as congressman when nominated for the position as Health Secretary by President Trump and confirmed by the Senate).

The very sectional differences that are commonly viewed as North versus South manifest themselves at a much more local level as well as nationwide, and are less obvious than two different halves of a country. Living in the bubble of Palo Alto, it’s easy to forget that not only are there conservatives in our own city, but that 31.5% of California voters cast their ballots for Trump. In a city where conservative is considered to be synonymous with bad, or even inferior, it’s easy to assume that 100% of our community holds the same political views as the Democrats in our area, when in truth 20.6% of voters in our own Santa Clara County voted for Trump.

The lack of exposure to communities in which this is not the case, in which the majority of voters voted for Trump, breeds an attitude towards the largely Republican South that could be considered as similarly hostile to the attitude towards liberals that I encountered in the conservative, rural towns of the South. When telling friends I’m interested in southern schools, I get reactions ranging from weird looks to blatant comments such as, “Why would you do that to yourself?” and, “That’s cool but ew, the South.” I have been guilty of holding similar attitudes, but something about condemning an entire section of the country as distasteful feels wrong.

Sectional divides are nothing new to our country. The Civil War was fought over a multitude of sectional differences, including not only slavery but economics and the role of government as well. The South seceded because it felt as though it had been so excluded from the political system that it had no better alternative. The Civil War was less than 200 years ago, and its remnants can still be found in many places and forms, from the times our friends in Atlanta have found evidence of battles in their backyard (people in their neighborhood have been able to find old bullets and such, and our friends even came across old railroad tracks) to the remaining “us versus them” attitude shared across the country. The question of whether we are living in two different countries is still being asked today, when the nation feels more polarized than ever in light of the 2016 presidential election. A better question to ask ourselves is, what hope do we have for unity as a nation when each half views the other as undesirable, or even inferior?

I was able to find unity across the country in the smallest of things. I found unity in the friendships I made, in the shared experiences of high schoolers living on different sides of the country, in the connections I found at Tulane, and even in the Stanford sweatshirt that I found at a small thrift shop in Nashville. But the little things are not enough to bring our country together, and until we stop viewing each other exclusively as North versus South and Democrat versus Republican, this country will remain divided.