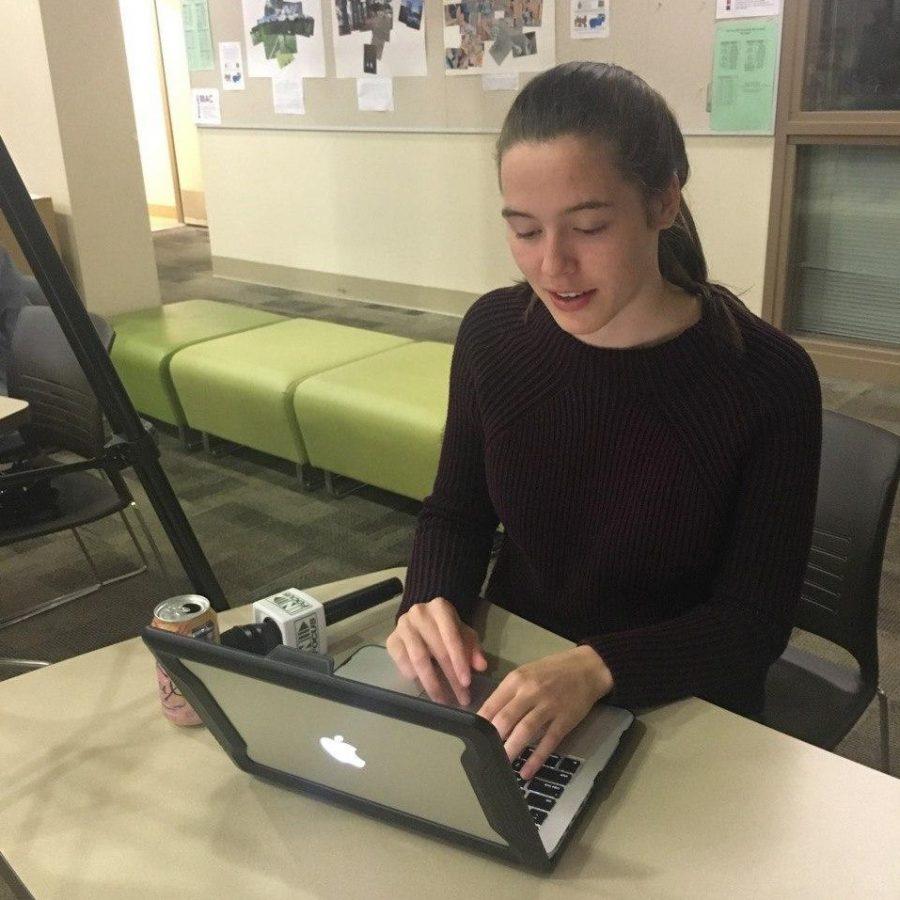 This school year alone had at least two alarming incidents restricting press freedom, from barring Verde reporters to take photos of police officers on duty and now the pressure from the district against InFocus’s new segment, “The Paly Bachelor,” a spoof of the ABC reality hit TV series “The Bachelor.”

According to Satterthwaite, the district had specifically asked for the removal of the segment on social media.

“They tried to get a student to take a youtube video off of the website. [And] it’s pretty clear that it has been on the website for a while now,” Satterthwaite said. “At one point, they instructed me to tell students to take things off of social media.”

When Vishakan met with InFocus Producers Maddy Druker and Max Rosenblum yesterday, there was more of the same sentiment.

“They did tell us to “hide” the content, that’s the word that they used, they didn’t tell us to delete it but they told us to archive it, which might be against our rights.” Druker said.

“And, they told us to postpone any action on the segment until today … In the meeting, she was talking about how she didn’t “force” us to stop, she just requested that we stop.”

Anthro reached out to Vishakan via email to comment, but we have yet to get a response. Berkson has declined to comment on the situation.

The pressure felt to change and censor the content is indisputable.

“She basically said we had to change the whole thing, which we don’t want to do at this point because we have already involved the whole community,” Druker said.

“I feel that we were pressured to stop work on the segment until we met with her, and we are definitely being pressured right now to completely stop the segment.”

Despite this, Druker says “The Paly Bachelor” will not be canceled, as of now, and the social media posts are still up on the InFocus Instagram.

According to Druker, InFocus plans to compromise.

“We’re going to write down everything else we plan to do and then send it to them and see what their complaints are, and if we think they are reasonable we’ll change so they don’t get super mad at us. If they are not reasonable we are not going to do that.”

The concerns listed by the district’s attorney are vague and embarrassingly dramatic. Additionally, accusations of the segment perpetuating societal norms and being a popularity contest are not exclusive to “The Paly Bachelor” and can be found in other facets of student life such as dance invitation competitions. When Druker and Rosenblum brought up this point during their meeting on Wednesday, Druker states it felt as if Vishakan “did not want to hear it.”

Even if the district did not “force” InFocus to censor “The Paly Bachelor,” this blatant pressure still goes against California’s 48907 Code, which protects student rights to publish anything, unless it is obscene, libelous, or slanderous. Ironic, considering that Wednesday was National Student Press Freedom day.

The problem with what happened with Verde and now with InFocus is more than just the absurdity of the district, but it is a direct attack on the rights of student journalists. Not only do these actions go against the law, but if the district succeeds in censoring something as minute and light-hearted as “The Paly Bachelor,”  that could enable censoring any story that could give it bad press such as those criticizing district handling of Title IX.

Time and time again, through interviews with Verde and even the PAUSD website, the district has claimed to support Student Press Rights. And yet, they contradict themselves with their actions.

As simply put by Satterthwaite,

“You either support student First Amendment rights or you don’t.”

It is time that the district recognizes its responsibility to stand with the former.