It’s Not Too Late for Lilly Singh: The YouTube star’s path to late night comedy 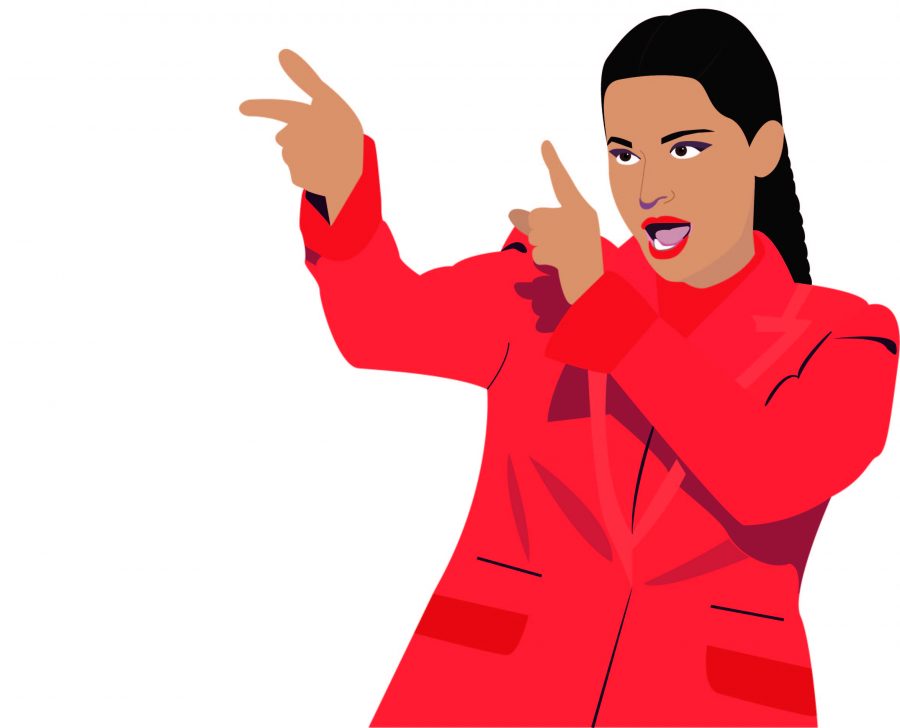 Watching “A Little Late with Lilly Singh,” I am reminded of endless hours I spent scrolling through the YouTube profile of “iiSuperwomanii” looking for videos in 2015, in anticipation for her “12 Collabs of Christmas,” where she invites celebrities to participate in her relatable holiday skits. Every time I clicked on a video I was greeted by Singh with her signature “Wall of Happiness” in the background. Originally, Lilly Singh created this wall in 2012 as part of one of her first project challenges to her viewers called Project Positive. Behind Singh, a poster of Rosie the Riveter and other posters of inspirational feminist quotes can be seen, perpetuating the idea of a quirky, relatable and “woke” Singh.

A YouTuber who garnered almost 15 million subscribers and 3 billion views, Singh is best known by her former channel screenname, “iiSuperwomanii.”

On Aug. 13, Singh announced on Instagram that she would be dropping her iconic screen name “iiSuperwomanii” and change it to solely “Lilly Singh.” She captioned a posted photo of herself stating how it has been “heartwarming and empowering” to hear people address her as Superwoman as it is a name she worked so hard to live up to. However as she has grown, she feels “even more empowered by the name Lilly” and feels that “Lilly has become an even bigger hero than Superwoman” in her life and it is time to “lay the cape to rest.” This was just as she was launching her new show, A Little Late with Lilly Singh on NBC.

Singh’s most popular video content on YouTube comprises of her sketch comedy and celebrity collaborations, so her transition to late-night television seems only natural.

In 2016, she played roles in movies “Ice Age: Collision Course” and “Bad Moms” and even released her feature documentary, “A Trip to Unicorn Island.” She also started her #Girl Love campaign with the purpose of promoting education for girls with profits from sales of Rafiki bracelets made by women in Kenya. On March 28, 2017, she published her #1 New York Times Bestselling book How to Be a Bawse: A Guide to Conquering Life. She even released her highly rated red liquid lipstick named after the term that she coined in her book, Bawse. According to her book, a Bawse is “a person who exudes confidence, reaches goals, gets hurt efficiently, and smiles genuinely because they’ve fought through it all and made it out the other side.”

Her experience as a YouTuber and her contributions to the society as a public figure make her a candidate that is more than qualified to host a late night show.

Whether it’s late at night and viewers are looking to watch their favorite comedians make witty jokes about current politics or if they want to see their favorite celebrities answering questions about their upcoming projects (movies, books, campaigns, etc.), late night comedy shows are a primary TV destination for late night comedy about political mishaps both to educate and entertain the public after a long day at work.

Conventionally hosted by straight white men, the list of late night show hosts are not representative of the diversity in the U.S.. Jimmy Kimmel Live! on ABC and The Late Show with Stephen Colbert on CBS are just two popular late night shows that comment on current topics and issues. But, being white men, many minorities might not relate to the issues that they discuss.

Like her male counterparts, Singh begins her show with the customary monologue and follows with celebrity interviews. Earning two stars on IMDb, Singh’s show has accumulated a range of different responses, many of which are negative. Many of these reviews refer to her first episode’s opening monologue in which her recurring punchline is that she is labeled in the media as a “bisexual woman of color, and even goes as far as stating that she should even change her show to “A Little Late with Bisexual Woman of Color.” Sure, this is a monumental moment in history, but Singh ensures that her first episode will be remembered as the disappointment of the associated communities. She preaches that she is progressive and that she is different. However, in this monologue, she repeats the same joke over and over again further disproving her message that she will bring a distinctive take to the world. Singh also calls out the white people of the audience saying that seeing “someone like her” hosting a TV show is “terrifying” and that they think that minorities will take their jobs, offending many in her audience, leading to many of her negative reviews. She feeds into the stereotype that minorities are coming for white people’s jobs, but her message is not delivered effectively.

Through her show, Singh is given a platform to deep-dive into hard-hitting issues that are relevant now, but Singh rarely uses it to give her occasional commentary on societal matters she is interested in.

Singh says that she wants to help pave the way for girls to accomplish their goals. As a woman of color, I feel that she could do a lot more to represent women of color other than her occasional relatable skit. Singh is in a unique position because she is a woman of color who is also part of the LGBT community. Therefore, her opinions on big issues like the current presidential administration would be representative of the female opinion which could differ from those from the sea of male late night hosts. Her monologues center around personal experiences and relies solely on their relatability to boost her joke’s delivery, rather than critical punch lines addressing important issues that she is passionate about like sexism, homophobia and racism.

NBC asserts that her show will bring a unique perspective to late-night, even though it is merely an extension of her YouTube channel. Singh discusses the same topics through means that are hardly different from her usual content on her channel—opinionative sketches and monologues— but is broadcasting to a larger audience. Her jokes aren’t groundbreaking, but she has a distinctive sense of humor as she is a millennial which can be shocking to an audience is likely more mature considering the time that her show airs (1:40 a.m. on weeknights).

Although Singh’s show is not short of the occasional flaw, her success is impressive. Late night has needed a voice representing the women of the U.S. and this voice is embodied in Lilly Singh, a bisexual late night performer, entertainer, and representative of the colored and LGBT community whose origins and rise exemplify the need for more awareness of the views of  unique, under-represented people in the United States.