Investing in Education: Early childhood education and its implications for the future

In an ideal world, universal child care would give every child equal opportunity from birth. While all states in the US have their own education system, they all follow the basic model of K-12. However, this model fails to recognize the most important years of a child’s development, from birth to age five.

Universal child care would fill this gap in the system. From birth, all children would have an opportunity to learn and grow in an environment that would foster development for all, regardless of social status.

Preschool has been shown to have many positive impacts in a child’s life, according to  Hilary McDaniel, Early Childhood Development teacher at Palo Alto High School.

“Children who go to PreSchool are more likely to stay in school, get good jobs [and] be successful,” McDaniel says. “It just has so many long-term benefits.”

These positive effects in a child’s life also pay off economically. In a study done by American economist James Heckman, it was proven that investments in early childhood education provide a 7% to 10% return.

“All the evidence is really clear that providing all children with quality preschool experience is going to be what saves us money in the long run.”

“If you’re talking about that type of return on investment, I think all the evidence is really clear that providing all children with quality preschool experience is going to be what saves us money in the long run,” McDaniel says.

This return comes from the implications that going to preschool has. By attending preschool children are less likely to drop out of high school or get in trouble with the law, according to McDaniel.

While some people can afford to send their children to PreSchool, it is not an economic reality for many American families. In 2017, center-based infant care was reported to cost more than college tuition in 28 states, according to Child Care Aware of America.

On average, American couples are reported to spend nearly 30% of their income to pay for child care, while single parents spend over 50%, according to the Organisation for Economic Co-operation and Development, an intergovernmental economic organization.

“There’s this notion that taking care of babies is easy, or that it doesn’t require a lot of formal training or education because anyone can become a parent, and so maybe the parent can stay home,” McDaniel says. “While that would be lovely and ideal, that’s not an economic reality for a lot of people, and then the choices that working parents have to make about where to send their children while they are at work become really difficult.”

Child care costs are even deterring parents from having more children. According to the New York Times, 64% of American parents cite the high cost of child care as to why they are having fewer children.

However, it’s not just the costs of child care. In preschool, children are presented with their first opportunities to grow into successful people in a safe environment. By providing all children with certain educational standards that universal child care would, it ensures all children an equal start from the beginning of their life.

This bold statement is surprisingly not very radical. Developed nations worldwide have programs of universal child care in place. For example, Austria and Greece are just two countries where couples spend less than 4% of their income on child care due to government benefits and programs, according to the OECD.

All that’s left is spreading the program across the United States so everybody can reap the benefits. One way to encourage this possibility is endorsing Warren. Her campaign provides an outline for her Universal Child Care and Early Learning plan, a program that if implemented would provide free or affordable high-quality child care for all.

Political opinions aside, the value of child care is undeniable, from economic to individual benefits.

“What we need to realize as a society is that when everyone does better, it raises everyone up all together,” McDaniel says. “You do need to be concerned about the children who don’t have access to pay for it, because our society will be so much better when everyone has that opportunity [to child care].” 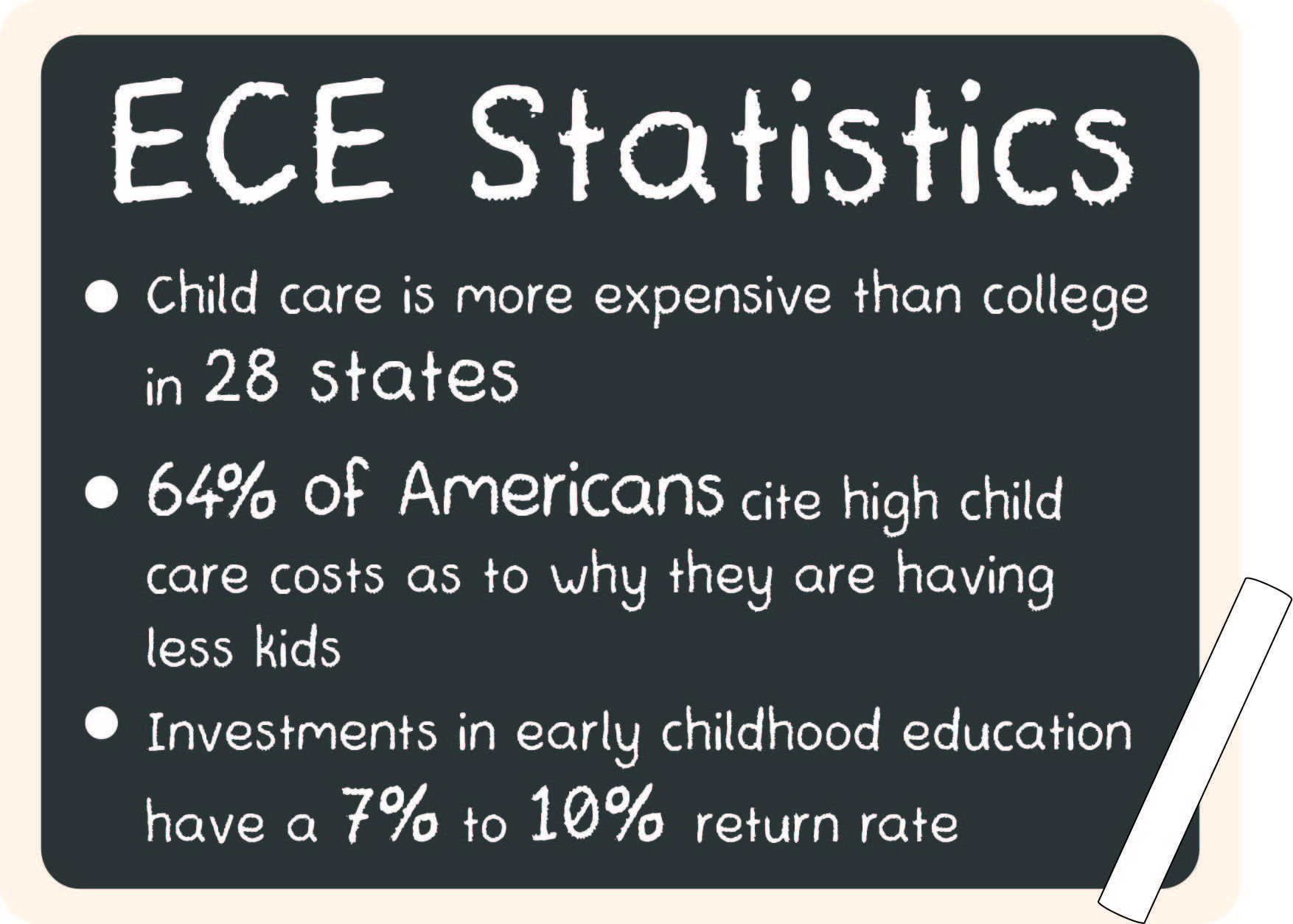