Hypocrisy in the Liberal Left 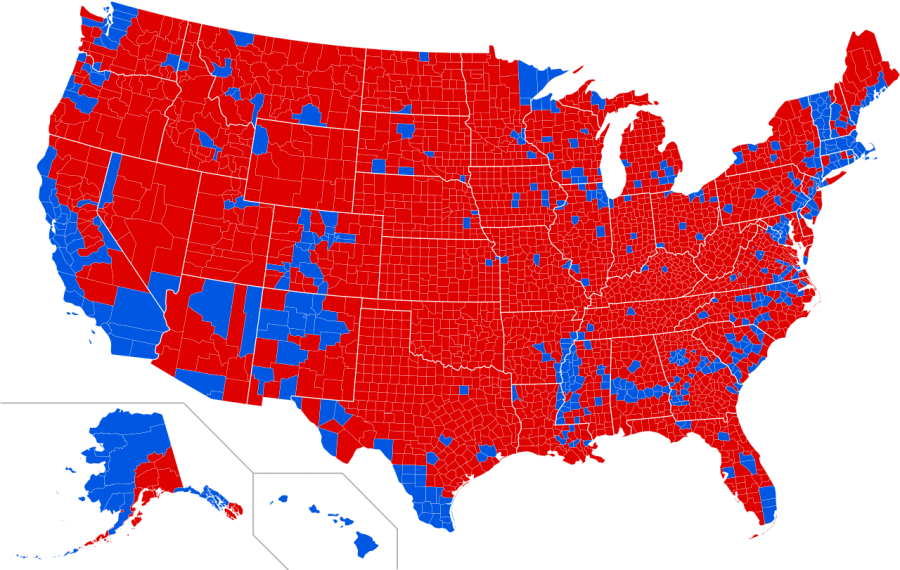 On the political spectrum, Palo Alto’s affiliation is overwhelmingly blue. Many times throughout my life, I have been told to be grateful for this — that liberalism represents a more accepting point of view that many cities in the United States lack the privilege of having. In many respects, this is true; we don’t have lynchings or confederate flags, and while racism exists, it is generally frowned upon by our community. The Left prides itself on this acceptance, this precedent that people deserve respect no matter their skin color, background, or beliefs. Everyone deserves that same level of regard. Unless of course, you are Conservative.

Along with many of my peers, I grew up thinking that ‘conservative’ was a dirty word. When I discovered that my father was voting for Mitt Romney in the 2012 presidential election, I was mortified. ‘How could he vote for a Republican?’ I asked myself. It was then that he explained the complexities of what made up a political party, that it wasn’t a decision of good versus evil, but one based on a multitude of individual issues that you can mix and match in order to form your own beliefs. Politics aren’t strictly red and blue, just like the world isn’t black and white. Painting the world without all of the shades in between only creates hostility and intolerance.

After years of research and self-discovery, I found that I actually lean conservative on some issues that are incredibly important to me, such as foreign policy, but remain liberal on many others. Needless to say, I wasn’t surprised when in 10th grade US government, my political spectrum quiz yielded a rich purple, center affiliation. Some of my peers, however, were humiliated by their results, when they reflected a less progressive and more balanced political affiliation as well. One even went back through her choices, suddenly having a change of heart on many answers that she had previously selected conservative options for. Why is it that in such an “accepting” community, even having a few conservative ideologies is so stigmatizing that one is compelled to lie about their beliefs? After all, isn’t a fundamental value of the liberal left to be accepting of others opinions, whether or not they align with their own?

My peers’ fear of alienation is not far-fetched. Conservative thinking in the Bay Area, specifically in Palo Alto, is openly frowned upon. When liberal stances on issues are professed, they are met with thunderous support and admiration in our community. Yet the moment a conservative perspective is implied, it is immediately shut down, many times with false facts or poor research. Even if a debater has nearly no knowledge on the issue at hand, the former opinion is dismissed. Simply put, the liberal platform has become an adequate source of research or basis for opinions in our community. For example, take the Israeli-Palestinian conflict. For reasons unbeknownst to me, anti-zionism is trending in liberalism right now. This issue is the poster child for all things complex, and truly requires in-depth research — that is, an education that spans much farther than the brief overview provided in Palo Alto High School’s Contemporary World History course — to come to a fair conclusion. However, because the liberal attitude currently seems to be against the Jewish state, many of my peers have dwindling patience for an intellectual discussion that suggests an alternative standpoint. They have lost the ability to think for themselves.

Routine disagreement, however, evolved into flagrant parochialism this past election cycle. As someone who was disappointed by election results, I was even more disappointed by my “tolerant” community’s reaction; specifically those of many self-identified Liberal teenagers. On November 9th, Paly reacted as if the world was in its final days. While initially, the dissatisfaction was targeted specifically at then President-Elect Donald Trump and his rhetoric, the conversation rapidly tumbled downhill until students were blatantly bashing the conservative platform in its entirety. I sat in a room full of 16-year-olds, not yet finished with their high school career, claiming that this election was the result and reflection of how uneducated the conservative population is. Many times, our controversial president-elect’s name was substituted for the entire republican party, and conservative became synonymous with racist. Students whispered and gossiped about the few students who publicly supported Trump, as they were quick to label them as awful people without ever having met them or hearing their reasoning. Simply because they leaned left, many of my peers believed themselves to be standing on an egotistical moral high ground. Teenagers, who thought their opinions to be more legitimate than those of millions of Americans.

How can it be that the “accepting” Liberal party is the same party that isolates their conservative counterparts and stigmatizes their viewpoints? In such a high-achieving community like our own, intellectualism has become a plague. The modern day Liberal has formed the new, conceited idea that they are smarter and more ethical than anyone who dare disagree with them. That in itself goes against the fundamental idea of liberalism. Arguably even more concerning, the voices of those too intimidated by the threat of reprehension are being swallowed up; and that is not what our country stands for.

What we are creating is more than a hypocrisy, but a narcissism that will surely lead to consequences in our community and even our country. It seems that nowadays, the Left prefers to hear their own voice shouting back at them, over one that makes them think. This attitude is creating echo chambers, and because of this, it will be our own voice that comes back to haunt us. We cannot grow as a country if we object to any thinking different than our own. As humans, we must be challenged. Our mind is a muscle that, just like all of the muscles in our bodies, must continuously be exercised in order to be maintained, let alone grow. Conservatism offers concepts and solutions that resonate with a large portion of our population and challenge others. By shutting those ideas out, we reject that part of our society, and weaken ourselves.

At this point in time, our nation is more divided than ever. We can begin the journey to close that gap by recognizing the simple truth that has already been acknowledged in liberalism’s very identity. Your blue is not “better” than anyone’s red, just like no person is “better” than any other. Stop robbing Conservatism of its morality, and yourself of your own legitimacy. We are all Americans, no matter our different backgrounds and beliefs, and it’s time that we unite.