Housing is a Human Right: Exploring the depths of the Affordable Housing Crisis in the Bay Area 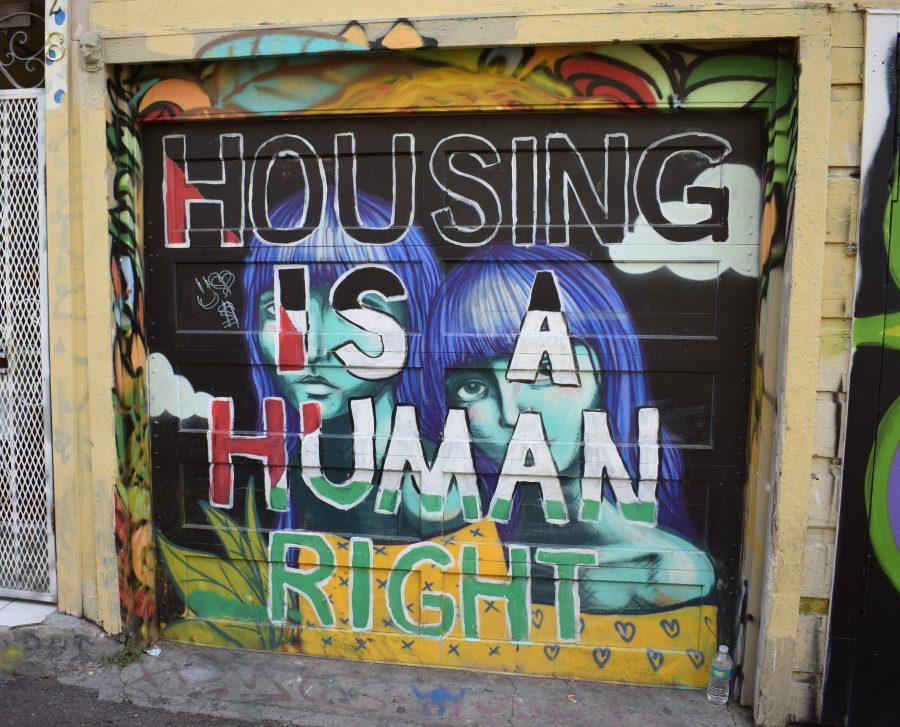 The Bay Area. Home of numerous tech companies and innovations. These factors entice people to move to the Bay Area, but only a lucky few who have struck gold are able to stay.

With Bay Area real estate prices on an exponential rise, many struggle to find affordable housing, especially those who don’t make more than six figures a year.

California’s infamous reputation for its pricey houses is known to many. According to USA Today, nine out of 10 cities with the most expensive rent in the United States are located in California. In a report made by Edelman Trust Barometer, 76% of people in the Bay Area say cost and availability of housing are a problem and 62% say homelesssness is a very serious issue.

Not surprisingly, living at the heart of innovation and technology comes at a price. According to Business Insider, San Francisco is the second most expensive place to live in the U.S. Its median house price is a skyrocketing 1.3 million dollars, compared to the national housing price of $315,000. To afford the high price tag, the average household income in San Francisco is $96,677, double the national median household income.

“I don’t see how a family can enjoy other human rights like freedom of expression, freedom of speech, freedom of religion, the right to vote, if they live in a disreputable place of which they are ashamed and makes their family lower their standard of ethical and moral values.”

While a six-figure salary is plentiful in most cities, the addition of federal and state taxes and high rent in San Francisco and the Silicon Valley leave many on the brink of homelessness or with a wish to move elsewhere.

According to the National Low Income Housing Coalition there’s a supply gap of more than 157, 500 affordable and available units for low-income households in Santa Clara county alone as of 2017. Two-thirds of these low-income households live in rental accommodations that they struggle to afford, leaving them one unexpected expense away from entering homelessness.

“We’re headed to a future where the middle class won’t be able to raise families here, where restaurants increasingly will close because they can’t hire workers, where teachers and police officers can’t live anywhere near where they work,” Scott Weiner, San Francisco State Senator, said in a USA Today article. “We need a much greater sense of urgency.”

One solution to this crisis is to simply add more supply. McKinsey & Co. estimated in 2016 that the state would need close to 3.5 million more homes by the middle of the next decade. A recent analysis estimated that it would take until 2050 to meet this goal.

A second solution is  Assembly Bill 1482, proposed this year by the California legislature. The bill signed by California Gavin Newsom limits rent control by imposing either a 5% or 10% annual cap above the rate of inflation on rent increases, as well preventing property owners from pursuing evictions without a government approved reason.

Former President Jimmy Carter, who has been advocating for affordable housing rights said “I don’t see how a family can enjoy other human rights like freedom of expression, freedom of speech, freedom of religion, the right to vote, if they live in a disreputable place of which they are ashamed and makes their family lower their standard of ethical and moral values.”

Two of the world’s biggest tech companies – Apple and Hewlett – Packard–were founded in Silicon Valley out of a small garage. These companies became wildly successful and attracted other tech giants like Tesla and Twitter and numerous tech workers across the country, effectively making the area today close to worth $2.8 trillion dollars according to Business Insider.

“We’re headed to a future where the middle class won’t be able to raise families here, where restaurants increasingly will close because they can’t hire workers, where teachers and police officers can’t live anywhere near where they work.”

Although it is widely labeled for its cutting edge technology, big businesses, and startups, the untold reality is that the majority struggle with the high cost of living.

From February 23 to March 1, Blind, an anonymous community app, conducted a poll with 3,000 tech workers. The anonymous social network found that 70% of the people polled said they could not afford housing near their work.

Although big tech companies like Google and Facebook offer incentives to prevent workers from being priced out, many still find that the hefty price tag that comes with housing in Silicon Valley is too steep.

Like San Francisco, the city of Palo Alto located in the heart of Silicon Valley also shares the same housing and homelessness problems seen in San Francisco. According to Palo Alto Online published in July of 2019, the percentage of homeless people living in their vehicles has more than doubled  in the past two years, accounting for 18% of the county’s unhoused population. The shocking statistic reveals that the housing affordability has made the city of Palo Alto increasingly economically segregated.

As a result, many low-income workers in Palo Alto have been forced into less desirable cities like Belle Haven or East Palo Alto, which are seen as such because of high crime rates and poorer facilities, schools, etc.

On Nov., 2016, Stanford University applied for a developmental general use permit, GUP, which would have increased the severity of the housing crisis. According to Palo Alto Daily, the application planned to add 3.5 million square feet of academic space, 3,150 housing units, and 40,000 square feet of childcare facilities and other support spaces on the campus through 2035. The expansion would have allowed for more than 9,000 students and employees on campus.

SCoPE, Stanford Coalition for Planning an Equitable 2035, was a student-led activist group that planned to hold Stanford accountable in the planning process of the university’s campus development plans.

On Oct. 22, SCoPE organized a rally which brought 150 students, 400 spectators and 140 speakers together to advocate the need for more housing and transportation services in Stanford’s controversial proposal. Some of the people who spoke were faculty of Stanford, Stanford students and members of the School District Board. 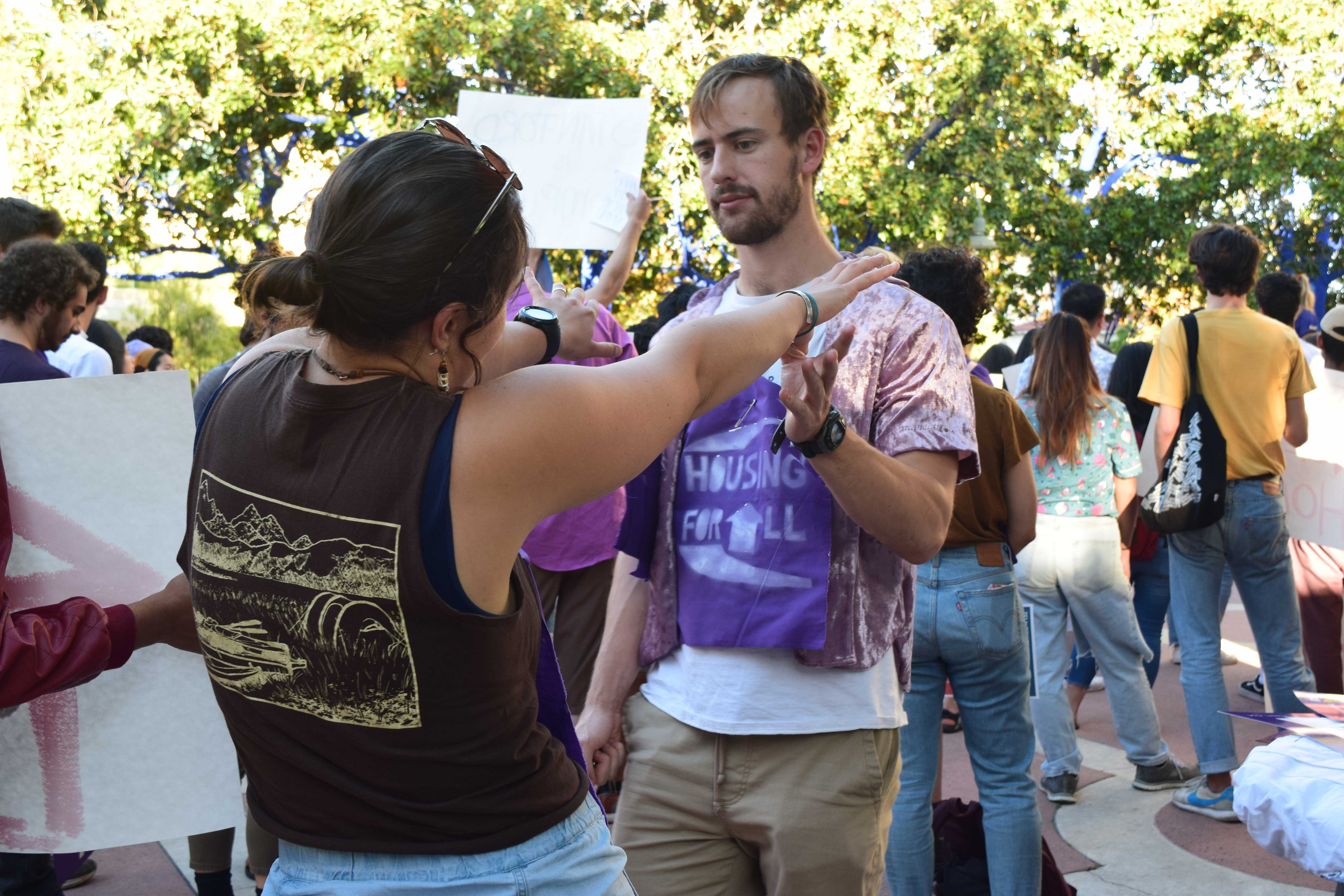 On November 2019, Stanford withdrew their GUP application, citing the county’s proposed traffic requirements and dispute with the county over a development agreement.

“We have taken this step with regret, but with a clear-eyed understanding of the challenges before us in achieving a successful long-term permit at this time,” Stanford President Marc Tessier-Lavigne stated, recalling their request for a development agreement which will guarantee that the conditions of their permit will not change in exchange for community benefits.

With Stanford’s pulling of the GUP, SCoPE no longer needed to exist.

Shelby Parks of SCoPE said SCoPE did not see the withdrawal as a victory.

“We do want to see Stanford go through with this project, just in a way that includes all members of our community and mechanisms to offset the negative impacts,” Parks said. “We’re disappointed that Stanford has halted the plan altogether, instead of trying to make the permit work for the stakeholders involved.”

There are many factors playing into the development of the Bay Area housing crisis. The Bay Area has a reputation for offering a plethora of opportunity–with a cost.

“A lot of people don’t look at housing as a human right, but it is,” Carter said, “To have a decent place to live is a basic human right.”