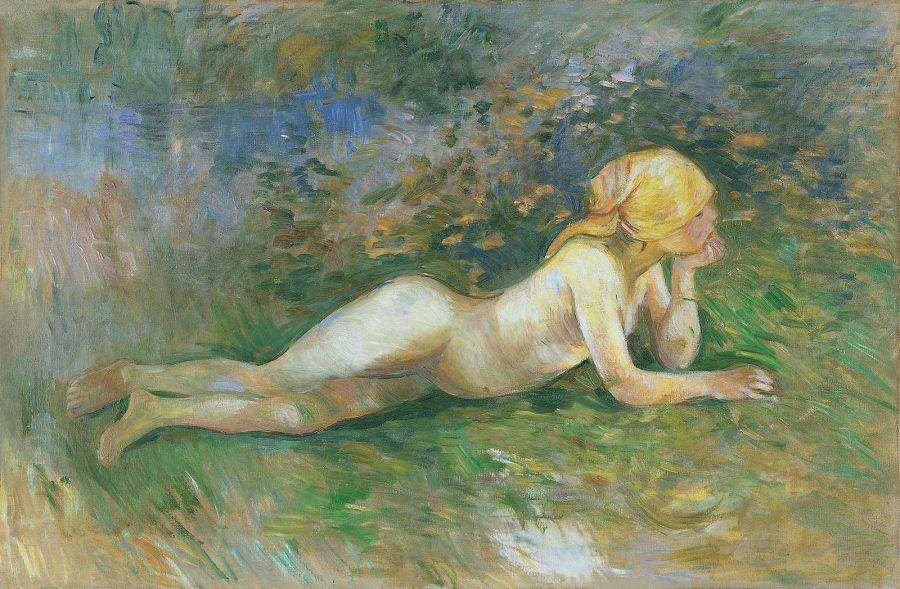 Historically, whether it be 200 CE or the 20th century, the world art scene hasn’t been particularly kind to the female gender. The art world was—and still is—a man’s world. Women have always been artists, but often items such as quilts, generally considered to be a female art form, go unrecognized as fine art. In the past, women have been discouraged or banned from art schools, out of fear that sketching nude models was not a suitable activity for a woman. Even today, artwork produced by female artists may be criticized as overzealous and frivolous, while male artists are perceived as “deep” and studious. While there has been progress, we have yet to achieve gender equality in the arts.

Here are several outstanding female artists, ranging from the lesser known to the more prominent, who have rejected societal standards and contributed to the art world in their own unique ways throughout history.

17th and 18th Centuries – RACHEL RUYSCH, a Dutch artist born in 1664, is one of the most significant female artists of the late 17th and early 18th centuries. Ruysch is renowned for her still lifes of flowers, one of the few subject matters that was considered acceptable for a “gentle” woman to paint. Despite the many obstacles she faced, Ruysch is now considered to be one of the finest Dutch Genre painters. She revolutionized the perception of still lifes, by turning them from a simple image to one full of symbolism surrounding the fleetingness and fragility of life. (Notable mention: Élisabeth Vigée Le Brun)

19th Century – MARY CASSATT, an American Impressionist painter, focused heavily on women in their private and social lives, outside of the context of men, and motherhood. She posed women in her paintings not with the intent of attracting the male gaze, but rather for their natural charm. Cassatt rejected the standard that women were dependent creatures, unable to care for themselves financially. She never married and succeeded as a prolific artist, as well as participating as a prominent supporter of women’s rights, including suffrage, in the 19th and early 20th centuries. (Notable mention: Berthe Morisot)

Early 20th Century – MERET OPPENHEIM was not afraid to make her art memorable. Her most famous piece, Le Déjeuner en fourrure―a teacup, saucer, and spoon covered in fur―was meant to evoke repulsion and disgust. Conforming to the ideology of the Surrealist and transgressive art movements, Oppenheim transformed a genteel item that is traditionally associated with feminine decorum into a sensuous and sexually alluding object. Protesting women’s status as muses and subjects in many Surrealist paintings, Oppenheim carved her own place in one of the Western world’s most important art movements of the 20th century and refused to conform to the societal expectations of femininity. (Notable mention: Frida Khalo)

Mid 20th Century to Contemporary – YAYOI KUSAMA, is one of the most prominent figures outside of the Western realm of art. Eclectic, charmingly neurotic, and eccentric all describe Kusama’s art. Often referenced for her Happening art―a medium that combines dance, song, painting, poetry, and more―her large scale installations often comment on ideas of prospectivity, infinity, and human identity. Kusama is not afraid to promote herself; these days, self promotion means survival. A renegade, she pursues art as she wishes, not taking flak from anyone. (Notable mention: Helen Frankenthaler)

Late 20th Century to Contemporary (Architecture) – MAYA LIN was only 21 when her design was chosen for the Vietnam Veterans Memorial in a blind contest. Her career as an artist and an architect began with a fair amount of conflict, as a controversial war came with a controversial war memorial. Her status as a female, East Asian, and inexperienced student coupled with an unconventional design, led to harassment. Nevertheless, Lin reversed the role of war memorials from ones of glorification and distinct heroism into a structure of reflection and meditation. Whether that reversal was for the better or worse, it still up for debate, and even today, some still resent the memorial. Nevertheless, Lin persists as she pushes the glass ceiling to it’s breaking point. (Notable mentions: Denise Scott Brown (mid 20th century) and Zaha Hadid)

Contemporary – WANGECHI MUTU, a Kenyan-born artist living in America, focuses much of her work on reimagining women through collage as complex, multifaceted, and explosive beings. Mutu aims to reject what she perceives as the two most common stereotypes of African women―indigenous, tribal, and uncouth or hypersexualized and Westernized, and reintroduce them as women who are survivors through adaptation and hybridization. Mutu reclaims the image of women as resilient and vehement, and not only comfortable, but prideful in their own skin. (Notable mention: Faith Ringgold)

National Museum of Women in the Arts in Washington D.C.

Women in Art and Art History by Khan Academy

A Brief History of Women in Art by Camille Gajewski, Khan Academy and Tate