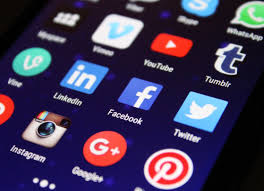 The fluidity of apps such as Facebook and Instagram allowed people of various backgrounds and ideologies the ability to exchange knowledge, information, and ideas on an international level. Social media is defined as applications and websites that give users the ability to share content. In fact, Statista estimates that in 2021, the number of worldwide social media users will increase to an astonishing 3.02 billion. Given the ubiquitous proliferation of handheld devices, the ease of internet access and inevitable overuse poses significant challenges to young internet surfers. In addition, excessive social media use significantly affects brain development and increases anxiety and loneliness. Functions such as understanding and processing information to executive functions are severely altered. Moreover, the virtual relationships formed on social media, unfortunately, have been shown to lead to anxiety and depression.

The amount of time on social media plays a large role in development of the brain. According to the Center for Media and Child Health, “Adolescents suffering from internet addiction may have lower grey matter as well as structural changes in the brain over time”. Poor cognitive function and addiction are just some of the deleterious results of overindulgence in cyberspace. The predominant exposure of social media and the Internet allows unprecedented youth access to social media and other apps and websites on the Internet. The documented structural changes to the brain while on the computer gives insight to the malleability of the brain when processing content. The long term effects the internet has to our evolving society is something to ponder.

Social media is an alarming source for anxiety and loneliness. According to Psychology Today, “social media such as Facebook and Twitter are a significant contributor to the friendship networks of young people, so whether you perceive yourself to be a successful user of social media is likely to have an impact on feelings of loneliness, anxiety, paranoia, and mental health generally”. The emotional implications of social media give a clear example on society’s change in perception when it comes to friendship. Obtaining friendships through virtual means no matter how real or deep, is an artificial substitute to personal interaction. The number of “likes” and “friends” on various social media platforms devolves our natural proclivities of making connections into an egotistical popularity contest. Here lies the flaw in the connecting and communicating via social media. Social media has changed the meaning of friendship. Instead of the traditional virtues of mutual respect and affection, for many it means a tally mark or contributor to a person’s “success” on these various sites. The emptiness and lack of affection that lies in the this new definition of self worth can lead to an endless cycle of loneliness, anxiety, and the insatiable thirst search for connections.

Social media is now so embedded in our society that a new generation of young adults are becoming pundits in cyberspace. Through various entities such as Instagram, Snapchat, and Facebook, this expertise and habitual cycle leads to the misconception that the opinions of others should dictate many aspects of the user’s life, from style of clothing to self worth. Such control can inevitably lead to harmful physical and mental changes in the brain, which is what many studies conclude. If no attempt is made to restrict avid use, the frequency of these health problems will only increase, and the ramifications will perhaps hinder our future progress and evolution.