Clubs Respond to Shutdown: How some Paly clubs are operating in shelter-in-place 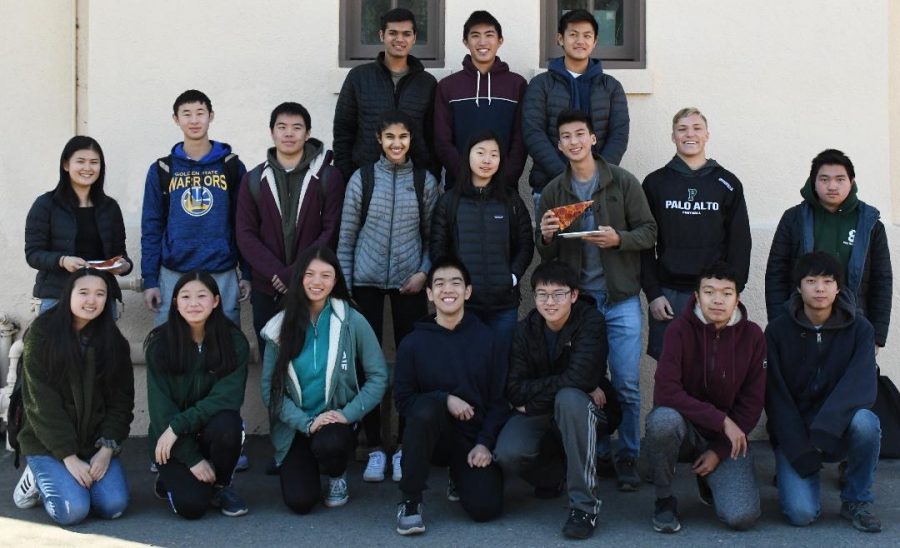 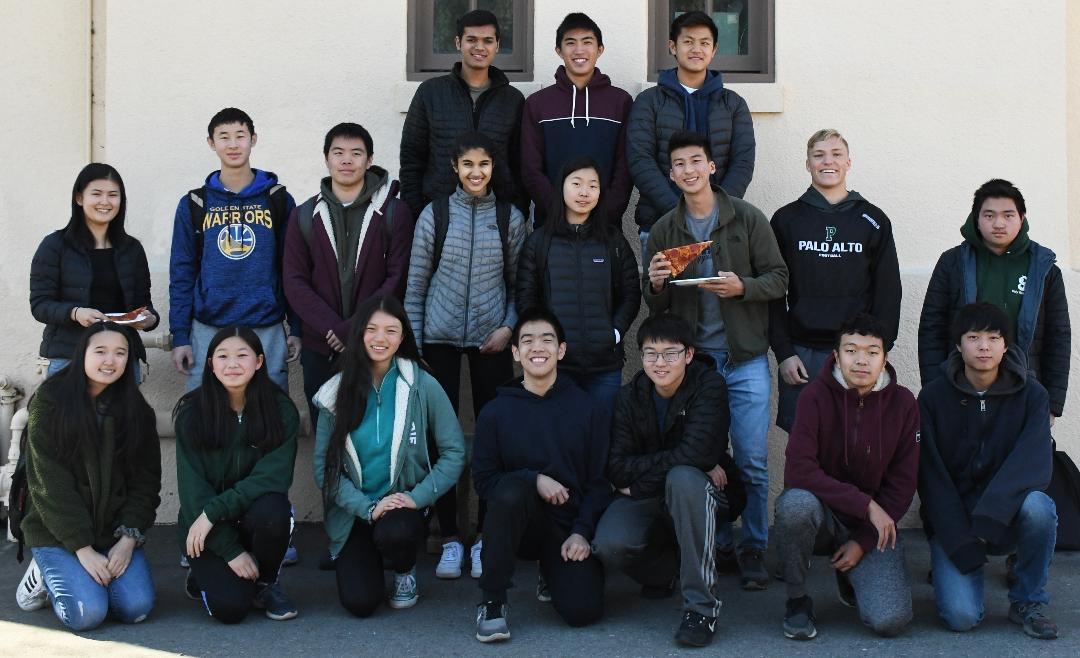 Clubs at Palo Alto High School are sources of community and extracurricular fun amid a somewhat stressful environment, and during this pandemic, community couldn’t be more important. While shutdown has thrown a wrench into the plans of a lot of clubs for this year, some are nevertheless still finding ways to function, and even thrive. Anthro interviewed some Paly clubs to see how they have been affected and how they are adapting.

Paly’s K-Pop Dancing Troupe, PALYCE, is truly show-stopping. The group has made appearances at events like Quadchella and and Paly’s centennial celebration last year, dancing to popular k-pop songs and showcasing their incredible synchronization. Of course, since PALYCE is a performance- and practice-based group, the pandemic has a drastic impact on its activities.

“Clearly we can’t get together to practice or perform,” said club president junior Michelle Kim in a phone interview. “We had three or four scheduled performances in March through May, and unfortunately all of them have been cancelled.”

Aside from being a place to dance, the club is also a social activity for many of the members.

“I really miss our dance practices because we usually bond together a lot during those, and it’s 60% having fun and 40% actually dancing,” co-president junior Liza Podkammena said in a text interview.

Even though its practices have halted, PALYCE is still active and working hard.

“During quarantine we have been calling each other a lot and communicating about what’s going to happen next year,” Kim said. “We’ve had an informal series of elections for club members, and we’re planning to practice by ourselves, maybe film by ourselves, and put it together since we can’t get together in person.”

Despite the uncertainty of the future, there are high ambitions for the club’s future.

“I’m not entirely sure what’s going to happen, but on the days that we can get together, I want to meet up more often and find a space for us to practice,” Kim said. “Next year, I want to have better teams and more serious practice because most of us are going to be seniors, which is good because we have a little more time to do the things we want and organize. And I’m hoping to recruit more underclassmen so they can continue the club.”

PALYCE is looking for new members to join in the fall in a fun and inclusive atmosphere to learn how to dance.

“Even if we can’t have everyone be perfect at dance, … we just want everyone to have fun, enjoy themselves, and have a good time with us,” Kim said.

Like many other Paly publications, Paly’s fine arts magazine, [proof], had to say goodbye to its print issue upon shutdown. “We were actually planning to publish in early April,” club co-president sophomore Neil Rathi said in a phone interview. “We had our issue almost ready to go, and then, of course, all of the quarantine stuff hit.”

While most Paly publications are now publishing individual stories online, [proof] is heavily design-based and relies on its yearly distribution of a print magazine for traction. Despite the loss of a print issue this year, [proof] is figuring out alternatives to showcase their work.

“We’re planning to maybe publish in the next weeks or in early summer on Issuu, which is the website where we have an account, but we’re not going to be able to do a print publication this year,” Rathi said. “We might release it in print within the first two weeks of school; that’s definitely a possibility. We’re just going to see how it plays out with school reopening and how that’s going to happen.”

[proof] is in a unique position as a journalism club that still regularly publishes a print issue. The lack of structured, mandatory class time and space to work makes [proof]’s path next year slightly more precarious than other Paly publications may be facing.

“The biggest issue is with the kind of splitting into two groups,” Rathi said. “It’s going to be interesting to see if we can get everyone together on the same day, because otherwise the club will be split into two days.”

Despite this possible obstacle, Rathi has high hopes for next year. “Next year, we hope to publish at least twice. We aren’t sure how things will work out with the new proposed schedule, but we’re planning to do what we can.”

Between cancelled competitions and working with a lab-based science while no one can have access to school lab equipment, Paly’s Chemistry Club has stalled, but is working hard on setting up for next year. In addition, they have found new ways to participate online.

“The chemistry tournament we were trying to go to in Washington got cancelled,” club president senior Roland Hu said in a phone interview. “But then afterwards, two weeks later, I got in contact with some people on Discord, and they told me that because it got cancelled, they were going to host their own chemistry tournament online. It was team-based. I basically called up the Paly team and told them we should do it together.”

The online chemistry tournament that Paly’s team attended was held in March, and because of the online medium, people from around the world were able to participate. The tournament was “for anyone who is interested in chemistry and has a Discord account to participate,” Hu explained.

Unfortunately, the US National Chemistry Olympiad, a test which AP Chemistry students can usually take for extra credit at the end of year, was also cancelled and Paly was not able to participate. It went online, but “there was no way for her [Chemistry teacher Ashwini Avadhani] to physically choose people to send,” Hu said. “It would be unfair because there’s no way to host that test.”

“For now, there’s nothing we can really do for the rest of the year,” Hu said. “Right now, I’m currently focused on getting materials ready and having the transfer of power done. We had our elections around two months ago, so I hope the current board members know what to do. I also decided to appoint a new vice president, … and I hope he can carry on the club after I leave and after the current board members leave.”

Religion is certainly a comfort for many during these uncertain times, and Paly’s Christian Club is dedicated to providing a consistent source of community during shutdown.

“I think right now, there’s just so much going on that it’s nice to have something you can turn to, which I think is familiar for a lot of people,” club president senior Samuel Yang said in a phone interview. “We’ve been having this club for the past year and it’s something they can still count on every week.”

Christian Club has been consistently meeting online every Friday for Bible study and to connect with one another and God. While online meetings are a new medium for the club, this platform granted an opportunity to expand and welcome others. Because of the connections that the club leadership had to Christian clubs at other schools in the area, Paly’s club has been able to partner with the Christian clubs at Gunn High School and Monte Vista High School for their meetings and grow their communities together.

“We do a Zoom meeting every week and we have a pretty good turnout,” Yang said. “We try to include any schools that want to join with us. We figure that during this time, even though it’s probably not ideal to have our club meetings over Zoom, there’s some benefits too, like we can have other schools with us.”

Christian Club is welcoming new members. You can find their table at Paly’s Club Day next fall. “We’re looking for more people to come. We’d love to welcome anyone else.”

Paly’s MMO (Massive Multiplayer Online) Club was just in its fledgling stages when school shut down.

“Massive multiplayer online is kind of an umbrella term for any game where you interact with others, be it something simple like Club Penguin or something a lot bigger like World Of Warcraft,” club vice president junior Jonan Pho said about the club in a text interview.

The club started during second semester and was trying to attract more members, which of course is even more difficult now that we aren’t all together at school. While trying to offer a sense of connection and community, turnout seems to be the biggest issue for MMO Club.

“We had a Pokemon tournament but other than that we have been pretty inactive,” club president junior Michaela Seah said in a text interview.

Pho commented that the Pokemon tournament, which uses a massive multiplayer interface, didn’t have quite the turnout he was hoping for, as the lack of in-person meetings makes organizing difficult. However, Seah is hoping the club can plan another tournament and explore new games together during shutdown.

“Massive multiplayer online is kind of an umbrella term for any game where you interact with others, be it something simple like Club Penguin or something a lot bigger like World Of Warcraft,” Pho said about the club.

“MMO club has definitely been weakened by this,” Seah said, “but next year I hope to still continue the club and continue to play games together.”